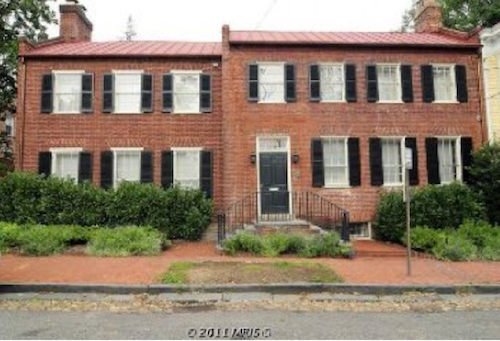 GEORGETOWN—By far the biggest news over on Curbed is the list price for Dominique Strauss-Kahn's house on Dumbarton. It is $5.2M

DISTRICT—If admiring architecturally significant houses is something you like to do on a drive around town, then check out our new map of some mightily impressive houses that span Federal, Tudor, Traditional, and eclectic styles.

DMV—We rounded up the most expensive houses for sale in DC, MD, and VA. So click over for a full list. One of them, in Virginia, is another installment in the Ted Leonsis/Chris Rogers saga that could easily reach the length of a novella before the year is out.

BROOKLAND—There's a new building in town that brought thirty-nine affordable housing units to Northeast. They are reserved for people who make their living in the arts and were built with such creative endeavors in mind. We stopped by the open house and got an inside look.

VIDEO INTERLUDE—Remember the Tiger Woods cartoon that went viral? Well, the same people who made that also came up with a video of what it must be like to live in Washington because we have the highest median income (Bloomberg reported that part, not us). We have the two-minute video over on Curbed.