At long last, Pork Barrel BBQ has opened its doors to the barbecue-demanding people of Del Ray and beyond. As has been noted, this project has been in the works for quite some time and is just the prelude to what is expected to be a whole bunch of Pork Barrel BBQ locations in the future. Here, Heath Hall and Brett Thompson will be dishing out the barbecue that has served them well in the competitive barbecue circuit. On the menu, they've got ribs, brisket, pulled pork, chicken and sausage available as a sandwich, platter or by the pound. Sides are the usual suspects like cole slaw, potato salad, BBQ baked beans and more.

The restaurant has a community table made from a single maple tree and, according to a press release, there is an intriguing "beer tower" on the premises. 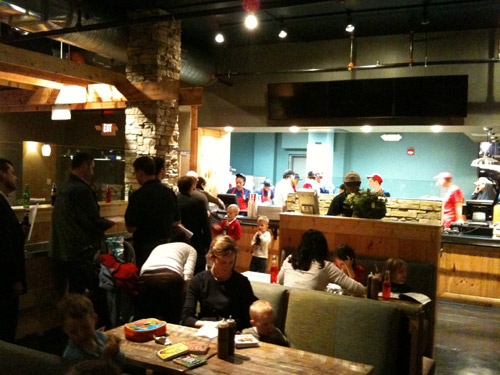 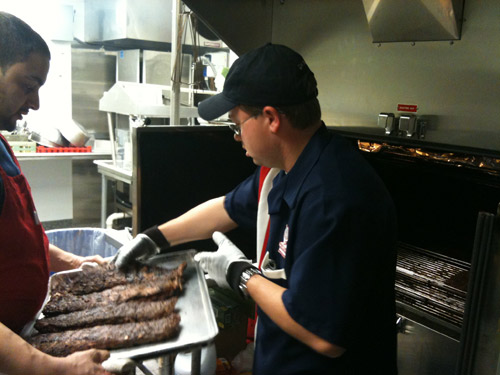