Is Columbia Heights Just Too Damn Fancy For IHOP?

Share All sharing options for: Is Columbia Heights Just Too Damn Fancy For IHOP?

The IHOP in Columbia Heights got quite a bit of money from the government when it opened last year and this is once again a thing to argue about. Senator Tom Coburn (R.-Okla.) has included this oh-so-very international house of pancakes on a list of government waste and, of course, people ran with that. New Columbia Heights points to a very intriguing CBS News commentary arguing that Columbia Heights is not an "under-served community" as claimed but rather "a toney area of Washington D.C."

That's right, Columbia Heights is fancy. Got that? To prove it, let's take a look at some of IHOP's immediate neighboring restaurants, which are probably all places where rich people dine on crystals and Serendipity 3 sundaes covered in gold, right? 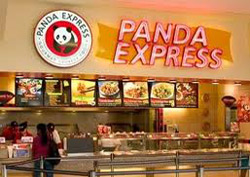 1) Panda Express: They've got Panda Express in malls, you guys. Malls where people buy fancy things and then stop at the food court for this assembly line of prepared sweet-and-sour pork. Also, Chinese food is international and thus fancy. [Photo] 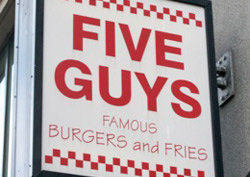 2) Five Guys: Five Guys kicked off its regional — and eventually national — burger domination by encouraging people to eat peanuts and discard their shells on the ground. Super fancy. 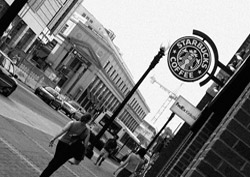 3) Starbucks: Oh sure, it's got laptop hobos and a history of cameras in its restrooms, but Starbucks now carries bistro boxes! Also, the coffee chain is getting set to launch juice bars, which are nothing but class. [Photo]

4) Pete's Apizza: OK, Pete's Apizza is kind of fancy. The critics like it and it even serves wine in this cafeteria-style setting. New Haven-style pizza is also incredibly tony because did you know that Yale is in New Haven? So this is clearly a pizza place for rich, smart people. 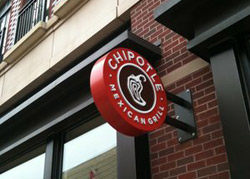 5) Chipotle: Did you know that you get to pick your own toppings at Chipotle? You can't get that at any old restaurant with white linens and real flatware. It's the epitome of class to stuff rice, beans, meat, guacamole, sour cream and cheese into a tortilla until it is actually too big to close. [Photo]