Share All sharing options for: Friends of Eater Pick Top Dining Neighborhoods of 2011

As is the tradition at Eater, our closeout of the year is a survey of friends, industry types, bloggers, and readers. We've already covered Top Standbys and Top Newcomers of 2011. Now it's time for Top Dining Neighborhoods. Responses are related in no particular order. 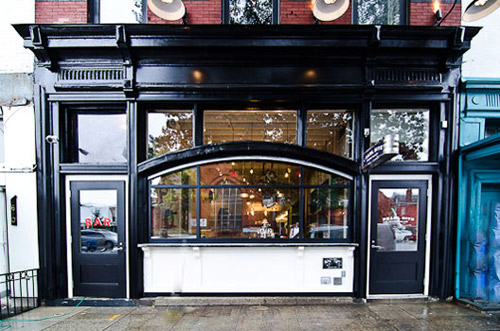 Pearl Dive Oyster Palace is one of the new additions to Logan Circle, one of DC's top dining neighborhoods this year. [Photo: R. Lopez]

Chris Shott, food editor, Washington City Paper: Probably Penn Quarter/Chinatown. For better or worse, it seems one of every two openings is happening there and a lot of the existing joints don't suck, either.

Anna Spiegel, assistant food and wine editor, The Washingtonian: Logan Circle/14th Street area (surprise!). It's one of the rare integrated landscapes in DC where you can walk between bars, great restaurants, shops, and entertainment venues.

Tom Sietsema, food critic, The Washington Post: Logan Circle, justified by the continued success of Birch & Barley and Bar Pilar and the arrival of The Standard and Pearl Dive Oyster Palace.

Missy Frederick, reporter, Washington Business Journal: I feel like I want to say Logan Circle or Falls Church (the former is where I visited the most; the latter is where I live and therefore eat the most). But I think I’m going to go with Cleveland Park. For such a small neighborhood it was really packed with interesting developments this year. Ripple came into its own with the addition of Logan Cox, Ardeo and Bardeo really rose to the next level with their renovations, and that’s not even including new places like Medium Rare (which I haven’t gotten to try yet) and standbys like Palena, Dino, etc.

Mike and Elizabeth Bober, editors, Capital Spice: H Street Northeast — from Ethiopic on the western end to all the new stuff down to the Argonaut, it's got so many options.

Rachel Tepper, assistant editor, The Huffington Post: 14th Street (The hippest place around. I just wish it was easier to get to from upper Northwest.)

Nycci Nellis, publisher, The List Are You On It: Hands-down 14th Street is the best area for wining and dining options.