Remembering the Biggest Dining Surprises of 2011

Share All sharing options for: Remembering the Biggest Dining Surprises of 2011

As is the tradition at Eater, our closeout of the year is a survey of friends, industry types, bloggers, and readers. We've already covered Top Standbys, Top Newcomers, Top Dining Neighborhoods and 2011 in one word. All will be answered by the time we turn off the lights at the end of the week. Responses are related in no particular order; all are cut and pasted herein. 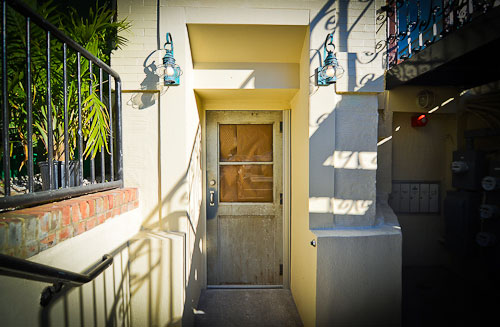 The opening of Little Serow, a new project from Komi's Johnny Monis, caught pretty much everyone off guard. [Photo: R. Lopez]

Q: What was the biggest dining surprise of 2011?

Todd Kliman, restaurant critic, The Washingtonian: Little Serow. I expected it to be a quote-unquote interpretation of Thai cooking — the word celebrated chefs typically reach for to describe their liberal translations of Eastern cuisines into the Western fine-dining format. Instead, it's reverent, it's earnest, it's low-key ... it's anything but the self-aware, self-regarding project it might have been.

Tom Sietsema, food critic, The Washington Post: How long Roberto Donna managed to keep Galileo III open tied with how briefly Sebastian Carosi cooked at Café Indigo in Sperryville. (Carosi left even before my review appeared in the Magazine, too late to pull it.)

Amanda McClements, editor, Metrocurean: Little Serow. I think it literally surprised a lot of us. Kept remarkably well under wraps.

Anna Spiegel, assistant food and wine editor, The Washingtonian: That there's still no "new cupcake," but there is new cupcake-flavored vodka (and people, i.e. teenagers, buy it).

Mike and Elizabeth Bober, editors, Capital Spice: Some of the big name chef shifts...especially the ones that happened later in the year. Robert Weland left Poste and moved to Cork, which led to Dennis Marron moving into Poste. Brian McBride moved to an executive role at Blue Duck Tavern. And Will Artley probably made the coolest move of all, becoming a consulting chef-for-hire and helping to open Pork Barrel BBQ before heading down to the Caribbean for a gig.

Alejandra Owens, freelance writer: Graffiato lived up to the hype. I walked in skeptical, I walked out with a happy tummy. And it wasn't just the prosecco on tap.

Rachel Tepper, assistant editor, The Huffington Post: Clyde's opening The Hamilton, a 24-hour restaurant... with sushi! If they pull it off, it'll be amazing. If they don't... it'll be a mess. The place is huge, like a miniature city. Definitely something I'll be keeping my eye on in 2012.

Nycci Nellis, publisher, The List Are You On It: The biggest dining surprise really shouldn't have been but it was. Little Serow totally blew me away. I knew it was a Johnny Monis restaurant and an incredible experience should have been a given, but it really exceeded all of my expectations.

Chris Shott, food editor, Washington City Paper: Graffiato. I'm so over the Top Chef thing. I didn't expect to dig it. Especially the pepperoni sauce. But, damn, that stuff is exquisite.

Svetlana Legetic, editor, Brightest Young Things: Oval Room. I cannot stop telling everyone to go there. Somehow it was both everything I expected it to be AND a complete surprise.

Jamie Liu, food editor, DCist: I was really surprised to see Ba Bay close. It was one of those places that seemed well suited to the Hill. So when it closed in November a lot of people didn't see it coming.

Missy Frederick, reporter, Washington Business Journal: This is going to get an eye roll from the DC-centric people, but Iron Bridge Wine Company in Warrenton, Va. My husband went there for lunch last year when picking up a whole pig we'd gotten from a Fauquier County. He thought it was really cute, and one Saturday night when I was feeling listless, he announced it was time for a road trip and took me there for dinner. Apparently Saturday night = lobster night and the place had these amazing lobster sliders that despite sounding weird on paper were a dish that I still obsess over. The place has a great wine selection and a cozy atmosphere. We made a return trip this fall after watching the sun set at Shenandoah National Park, and were treated to another great meal. If it were actually in our neighborhood, it would totally be a neighborhood favorite.