As is the tradition at Eater, our closeout of the year is a survey of friends, industry types, bloggers, and readers. We've already covered Top Standbys, Top Newcomers, Top Dining Neighborhoods, 2011 in one word, Biggest Dining Surprises, Best Meals and Restaurant Breakups. And now: predictions for 2012. 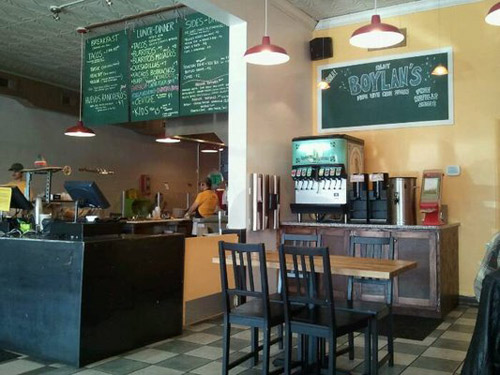 Q: What are your dining world headline predictions for 2012?

Dan Silverman, editor, Prince of Petworth: If 2011 was year of the Burger and Food Truck — 2012 is gonna be year of Ramen Noodle Shops and we're gonna see more food trucks opening brick and mortar shops.

Missy Frederick, reporter, Washington Business Journal: I bet we’ll see continuing DC interest from celebrity chefs/restaurateurs from other cities; maybe someone like Jose Garces will be the Stephen Starr Rumor of 2012.

Amanda McClements, editor, Metrocurean: Chicken Skin Is The New Bacon — Diners No Longer Care What The New Cupcake Is — Artisanal Commission Cracks Down On Rampant Abuse Of Word 'Artisanal'

Anna Spiegel, assistant food and wine editor, The Washingtonian: "Crack Pie: the Official Dessert of the District." — "Sekacpuc Open to Huge Crowds in Georgetown: frosting-on-the-bottom-cupcakes are a sweet fit for the backward name." — "Pickled Ramp Debuts on 14 Street: A Sustainable, Local, Farm-to-Table, Repurposed Resto is Here to Stay" (until winter, when it will change name/decor to Wild Beet).

Nycci Nellis, publisher, The List Are You On It: Noodle shops and all their spicy goodness finally open up around the DC Area.

Chris Shott, food editor, Washington City Paper: Coconuts and other produce will start talking back to José Andrés. He might not like what they're saying.

Jamie Liu, food editor, DCist: Bourdain backlash. I personally love the guy for speaking his mind, and agree with much of what he says; he's way more in touch with reality than many food personalities. But it seems his public bad boy/potty mouth persona has made him a caricature of himself, and we're already seeing some people who think he's taking it too far. I think we'll start to see more of that in 2012.

Jessica Sidman, dining editor, Bisnow Media: Tacos! I've been saying it for months, but I think gourmet tacos are the next big trend. There's an unmet demand for great Mexican food in DC. Tortilla Coast is coming to Logan Circle this month and Mike Isabella is opening his new Mexican restaurant in Georgetown, but I think that's just the beginning.