Experts on the Restaurants They Broke Up With in 2011

Share All sharing options for: Experts on the Restaurants They Broke Up With in 2011

As is the tradition at Eater, our closeout of the year is a survey of friends, industry types, bloggers, and readers. We've already covered Top Standbys, Top Newcomers, Top Dining Neighborhoods, 2011 in one word, Biggest Dining Surprises and Best Meals. Now it's time for Restaurant Breakups. 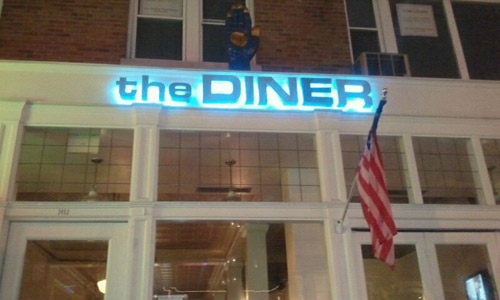 Q: Were there any restaurants you broke up with in 2011?

Tom Sietsema, food critic, The Washington Post: Corduroy and Proof in the District and Charleston in Baltimore. The last time I ate at the Washington restaurants, my meals tasted as if the chefs were cooking in place. I expect more of Tom Power and Haidar Karoum, both of whom I’ve heaped praised on before. As for Charleston, which I included in my 2010 fall guide, the food is still very, very good, but the service is seriously off-putting, almost chilly.

Chris Shott, food editor, Washington City Paper: I really need to break up with The Diner. Worst brisket sandwich of my life, among other disasters. But often times, in the wee hours, it's the only option. Now that The Hamilton is open 24/7, maybe it's finally time for a trial separation.

Anna Spiegel, assistant food and wine editor, The Washingtonian: I should break up with Romeo's Pizza in Glover Park, but it's like that guy/girl: tempting, generally bad for you, and always comes through with hot deliciousness at 2 AM. Resolutions for 2012!

Dan Silverman, editor, Prince of Petworth: It wasn't them it was me.

Rachel Tepper, assistant editor, The Huffington Post: I've OD'ed on Teaism. It's right by my office, and in one month I once went three times. It was too much. Maybe I'll circle around back to it in a year or so.

Alejandra Owens, freelance writer: I’ve broken up with men this year, but no restaurants.

Mary Kong, editor, Girl Meets Food: Pete's Apizza. The first time, my New Haven was overly buttery (I can't believe that's even possible) then the second time my cheese pizza was overcooked. At those prices, it's not worth chancing.

Nycci Nellis, publisher, The List Are You On It: I did break up with one or two restaurants but I don't kiss and tell.

Missy Frederick, reporter, Washington Business Journal: I was disappointed by the Ray’s steak and cheese place but didn’t have to break up since it disappeared like a week later. While I love their food, I’ve been hesitant to return to Bangkok 54 this year because of consistent service problems. There are a couple of Rosslyn-area establishments I need to make 2012 resolutions to break up with, but convenience seems to put me in a semi-abusive relationship with places close to my office.

Kelly DiNardo, freelance writer: Yes, but a lady doesn't kiss and tell. Even if it's bad.

Jessica Sidman, dining editor, Bisnow Media: More like it broke up with me. I'm still not over the shutter of Mid City Caffe in Logan Circle, where I used to get coffee nearly every day.

Mike and Elizabeth Bober, editors, Capital Spice: We don't have enough restaurant "relationships" to go through a lot of breakups. We're more of the "serial dater" type.