The DC area is home to a lot of restaurants, and among them are hidden gems that many Washingtonians aren't unearthing. To help guide us to these potential discoveries, we've enlisted some of our city's many food players to share with us their under the radar recommendations for Eater's latest feature, Dining Confidential. 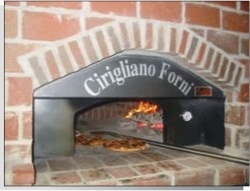 Ben Gilligan, chef/partner at the cozy Columbia Heights Room 11 enjoys the pizza at Moroni & Brothers, mostly because of location: the restaurant rests between his work and house.

"Two ex-pizza cooks from Pizzeria Paradiso open their own place and make pizzas to rival their old bosses. Plus, the tamales are the best in the city.

I always order the same things [at Moroni & Brothers]. I'm a creature of habit, I suppose: the Diavola pizza [with tomato sauce, sweet pepper, jalapeños pepper, red onions, mozzarella and sausage], the corn tamales, if they're available, and the sopa de res, on cold weekends. Not being a big fan of the thick Central American-style tortilla, I eat every morsel.

[Moroni & Brothers is] between the bar and my house. A common route. There isn't a ton of options but a few real gems. It's either them, Sweet Mango, Fusion, Pho Viet or Popeyes, but that's no secret. Everybody loves Popeyes."