Welcome back to The Plywood Report. See anything new happening in your neck of the woods? Let us know. 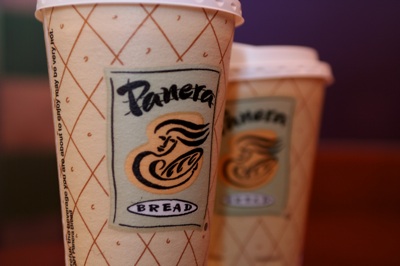 1) Bethesda: Tom Sietsema reports that Pizzeria da Marco will brings its Neopolitan pies to Bethesda on March 28. Complete with a domed brick oven and a Naples native pizzaiolo, this eatery will be decorated with mosaic tiles and iron chandeliers. "In addition to the chef's dozen or so 12-inch pizzas, the menu will include salads, calzones, charcuterie, 12 wines by the glass and gelato churned on site." [PLYWOOD]

2) Georgetown: There are never enough cupcakes to be had in Georgetown, apparently, as Sprinkles gets set to open a location there next month - just down the street from Georgetown Cupcake. The City Paper says that this Beverly Hills bakery is a favorite of celebs like Oprah Winfrey and Barbra Streisand, but cautions that the cupcakery might find it has arrived late to the party. [PLYWOOD]

3) Columbia Heights: Scratch that earlier speculation about Panera Bread taking over the Adams Mill Bar & Grill space. The soup-and-sandwich spot instead confirms to TBD that they're planning to open in DCUSA in October. Between Panera, Potbelly, Five Guys and Panda Express, looks like Columbia Heights has its very own food court. [PRE-PLYWOOD]