Welcome to the Plywood Report, where we fill you in on what's coming up in food. See anything happening in your neighborhood? Give us some sugar. 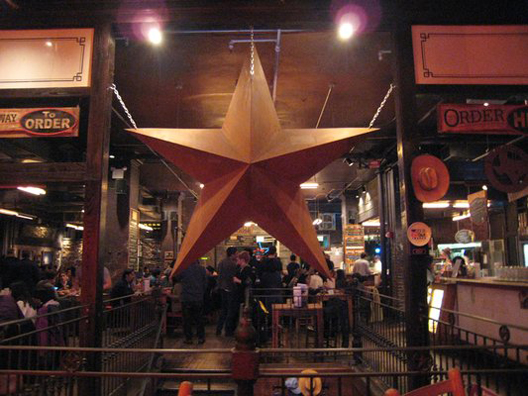 1) Penn Quarter: Tom Sietsema tweets that Hill Country BBQ will open for dinner on March 12. There'll be about 300 seats in this NYC-import, plenty of live music and late hours to look forward to. [PLYWOOD]

2) Atlas District: Prince of Petworth got his hands on sample menus for The Queen Vic on H Street. Unsurprisingly, the British pub will be serving British fare like pork headcheese, Welsh rarebit, steel cut oat porridge and a Sunday roast beef rib served with Yorkshire pudding and gravy. [PLYWOOD]

3) Capitol Hill: Some good progress has been made at Senart's Oyster & Chop House over on the Hill. PoP has some pictures showing a nice old-fashioned facade, a long bar and lots of wood-paneling. [PLYWOOD]