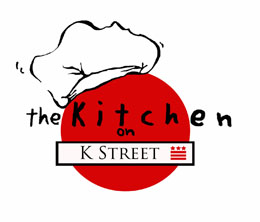 1) NoMa: Prince of Petworth sees some progress at Gillian Clark's Kitchen on K Street — a liquor license for a restaurant serving "classic American cuisine" and home to a summer garden. [PLYWOOD]

2) U Street: Mova is apparently following through on its move up the street. U Street Girl spots a liquor license application for a martini lounge and tapas-style restaurant at 14th and W streets that will have a summer garden and live music. [PLYWOOD]

3) Columbia Pike: ARLnow reports that a 6,500-square-foot restaurant named William Jeffrey's Tavern will open as part of a "late-night hub" on Columbia Pike by mid-November. The food — "eclectic American" — comes from the people behind Rhodeside Grill and Ragtime. It will join a gym and a 7-Eleven. [PLYWOOD]

4) Columbia Heights: New Columbia Heights follows up on the news of a new bar heading to Georgia Avenue. Like a lot of bars, DC Reynolds aims to be a "Cheers!" and the owners are looking to create a Garden of Eden feel in their summer garden space. [PLYWOOD]

5) Tenleytown: Panera is coming. And, according to PoP, it will be right by the Payless and the Metro station. [PLYWOOD]

7) Germantown: The latest outpost of Virginia-based chain Elevation Burger will open by the end of next week, according to Germantown Patch. [POST-PLYWOOD]