The latest from Curbed DC. Everything you wanted to know about what's happening in neighborhood and real estate around town... 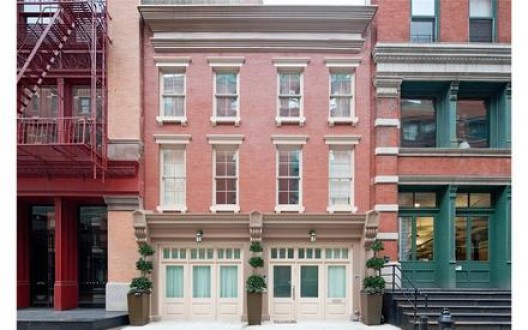 TRIBECA—The news racing up and down the I-95 corridor is DSK's latest place to call home. After being rejected from a few apartment buildings and staying in one for a few days he has most recently re-located to a townhouse in TriBeCa. The monthly rent is $50,000 per month and it is the most expensive rental in the area. Click over for pictures of the inside.

DMV—Being green in a city usually doesn't involve composting unwanted vegetable matter, but it can now for the low price of $8 per week. Curbed takes a look at Compost Cab, which will collect a bag of your unwanted leftovers from your apartment, turn them into compost, and give you the dirt back if you want it. Or you can donate it to a local farming organization.

F STREET—Last week we told you about the iPad app that creates crowdsourced art installations that was up at the National Building Museum for their annual gala. Now we have a video of it in action. Guests used the iPad screen to 'push' an image of a building up the screen and it would appear on an overhanging screen based on how hard they pushed it on the iPad.

SURRY, VA—Michael Vick's former house of infamy has been purchased by an animal right's group, Dogs Deserve Better, and they plan to turn it into a state-of-the-art animal sanctuary.