We're taking off early to enjoy the sun and the long weekend. Have a happy Fourth of July! 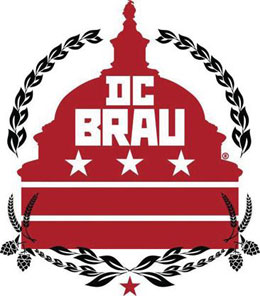 CHEF SHUFFLES—Northern Virginia magazine reports that chef Barry Koslow is parting ways with Tallula as of July 5 to spend more time with his young family. [NoVa]

BOOZE NEWS—DC Brau's tasting room opens tomorrow on Bladensburg Road, and the City Paper reports that they'll be filling growlers of The Corruption and The Public between 1 and 2 p.m. for $16 — only $10 if you bring your own growler and cash-only. So celebrate America this weekend with local beer! [WCP]

U STREET—Don't forget that Lost Society opens up tonight at 5 p.m. at the corner of 14th and U serving its "boutique" steaks and with a roofdeck overlooking the neighborhood. There'll be a DJ starting at 10 p.m. [EaterWire]

THE MALL—The Washington Post has your food snob's guide to the Smithsonian's Folklife Festival. [WaPo]

METRO CENTER—The City Paper dined at Ten Penh just as it shuttered its doors after 11 years. The kitchen had already run out of some favorite dishes and the restaurant's warrior statues were all tied up in bubble wrap for the moving vans. [WCP]