Share All sharing options for: Tax Lien Forces Kushi To Shutter With Hopes To Reopen Wednesday

Things don't look so hot for Kushi, in the form of a DC government tax lien revealing thousands of dollars of unpaid sales and use taxes. $129,300.38, to be exact. A tipster reported over the weekend that the popular Mount Vernon Square izakaya had "inexplicably closed" on Friday, canceling all their reservations. Meanwhile, Prince of Petworth caught a very revealing sign in the restaurant's window declaring the suspension of its certificate of registration.

Natalie Wilson, spokeswoman for the DC Office of Tax and Revenue, confirms via email that Kushi's certificate was revoked "for failure to pay sales taxes collected from patrons as well as employer withholdings" from a stretch of several months in 2010. In sum, the restaurant owes the DC government $129,300.38 in back taxes — though Wilson explains that it is possible for Kushi to reopen prior to having paid it all back, given they work out a payment plan. This morning, an employee who answered the phone at the restaurant — incidentally, a finalist for the 2011 best new restaurant Rammy award and semifinalist for the 2011 James Beard awards in the same category — says they'll open back up "hopefully Wednesday." 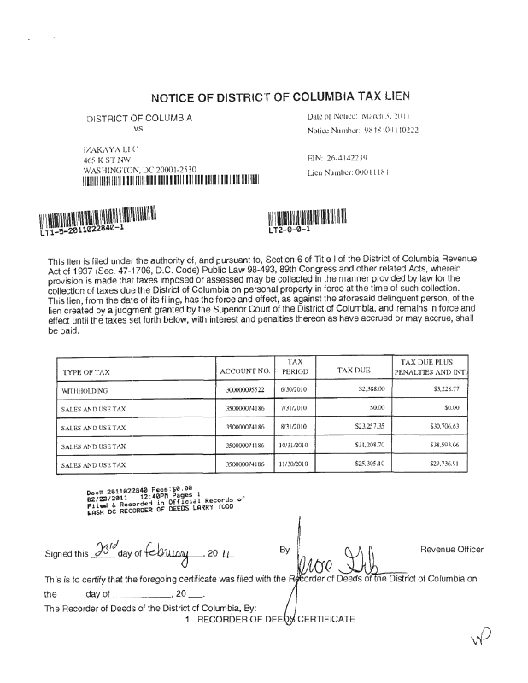 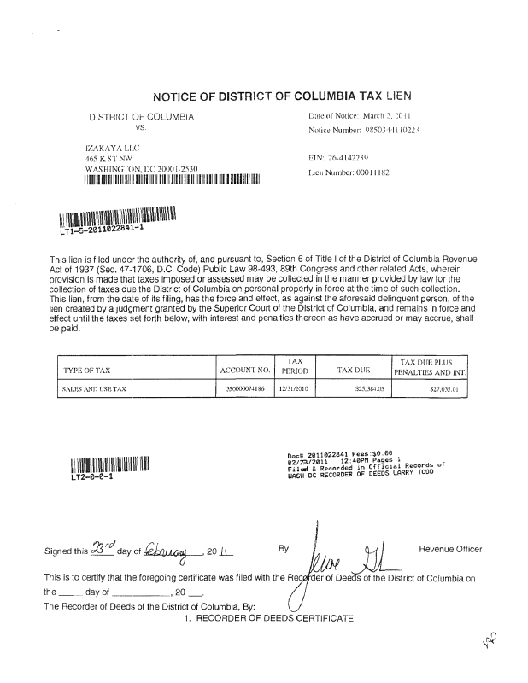