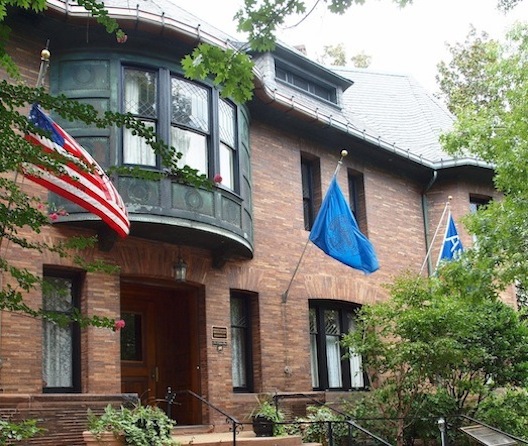 DUPONT CIRCLE—Next month is the annual Dupont Circle House Tour where over two dozen impressive homes/buildings open their doors to the public. We have a few shots to get you in the mood.

ANACOSTIA—Yesterday the Kojo Nnamdi show hosted historians who discussed Anacostia and its storied past. For a brief video interview with one of the guests, click on over.

COLUMBIA HEIGHTS—A new condo building is almost finished at 1020 Monroe and the dates for the open house should be later this month or early October. We have the pricing information and floorplans over on Curbed.

MCLEAN—The replica of the White House that is on the market wasn't finding any love at its original price, so down it came by a few hundred thousand. Check out the 12,000 square foot version that LaVarr Arrington (of the 'Skins) turned down. Floorplans, Truman Balcony, Oval Office—it's all there.

HOUSING MARKET—The monthly report about pending sales for the DC area was released and August did better than expected.