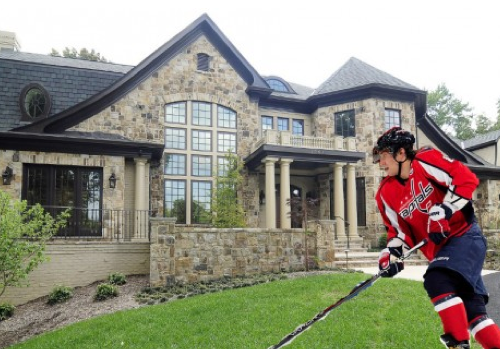 MCLEAN—Alex Ovechkin bought a pricey house in McLean and lent his hip hop skills to a Russian rap video. Both are exciting.

CAPITOL HILL—The currently vacant Specialty Hospital will be turned into residential units. We have the early renderings for what the developers want to do with the site.

TAKOMA PARK—A group of beer lovers decided to follow their passion and build a brewery in DC. We have some shots of them hard at work getting the building ready for business. Pictures of big construction machinery moving big beer-making machinery are in store.

ARLINGTON—Sen. Bill Nelson has listed his condo two million dollar condo and we have the pictures. Guy sure likes displaying ceramic plates.

SOUTHWEST & SOUTHEAST—Do you know the difference between The Wharf and The Yards—two pockets of revitalization in the southern part of the District. Click over for the primer.

POLITICS—Gingrich spoke about his goal for building a permanent colony on the moon and how he previously petitioned Congress to declare that once a moon colony had 13,000 residents it could become a state. As for DC statehood, not so much.

SHAW—Plans were recently announced for an apartment complex next to CityMarket At O project. Called Jefferson At Market Place it will have 281 units.

Mahjong and Shrimp Dumplings Soar Into Arlington at Sparrow Room