Share All sharing options for: Inside District Kitchen, Opening Tonight in Woodley Park

Editor markup for Eater Inside: District Kitchen. This is only visible in the story editor.

Woodley Park's anticipated new spot District Kitchen — from former Mendocino Grille chef Drew Trautmann and Redwood's Jawad Saadaoui — officially opens to the public tonight after a short soft opening phase. Months of renovations have unveiled the building's original brick walls and terrazzo floors, which sets the tone for a rustic and simple decor in this 70-some seat restaurant. Vintage drafting stools line the bar in the back left corner of the restaurant which, as promised, boasts local spirits, local craft beer and four wines on tap.

District Kitchen will be open for dinner six nights a week, closed on Mondays, and reservations are already available on OpenTable. Here's a look at the opening menu: 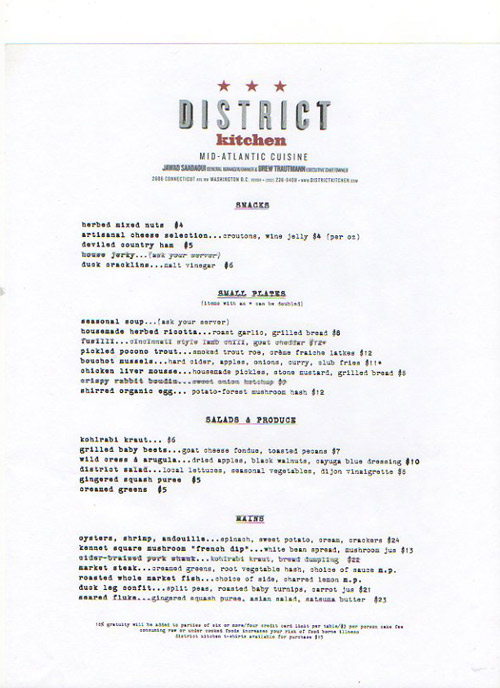 A Modern Filipino Restaurant Rises in Annandale This Weekend