All the latest nabe news from Curbed DC... 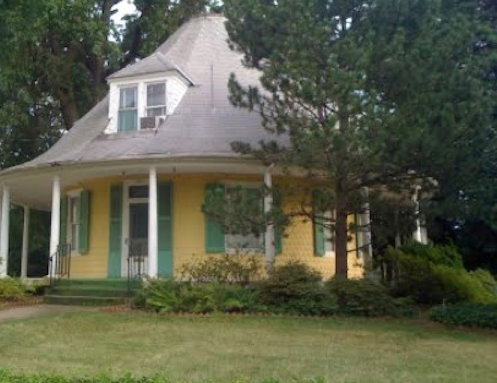 BROOKLAND—The District has only one round house, over on Irving Street, and a few local community members have decided to nominate it for landmark preservation status. Click over for a little about its history.

LOGAN CIRCLE—Since we announced the winner of the Curbed Cup was Capitol Hill, we've been feeling guilty about the second place nabe of Logan Circle. After some looking around we found this four-level house that was built in 1874 but has had some serious upgrades.

LOGAN CIRCLE—The building on RI Ave that will soon be eight condos has a new name (The Newport Tower) and a rendering has been released.

VIDEO INTERLUDE—Promoting the car-free diet is all fun and games, and no one has to lose an eye. Here's four minutes of wackiness telling you all ways losing the keys will improve your life.

BALTIMORE—Today's House of the Day on the Wall Street Journal is a Roland Park oldie from 1902. Click over for a few pictures.

WEST END—The plans for an old firehouse, police station, and library are under revision, with controversy. The biggest sticking point is the developer's request to eliminate the requirement for affordable housing.

SHAW—The DC Guest House has kept people entertained for years with its amazing decorations. Now the owners have closed up shop and are holding an estate sale to pare down their collection.

JOB WORLD—A new study shows that the undergrads with an architecture major have the highest unemployment rate. We've got the numbers breakdown on Curbed.