Lime Fresh, Cantina Mexicana and More on the Way

Share All sharing options for: Lime Fresh, Cantina Mexicana and More on the Way 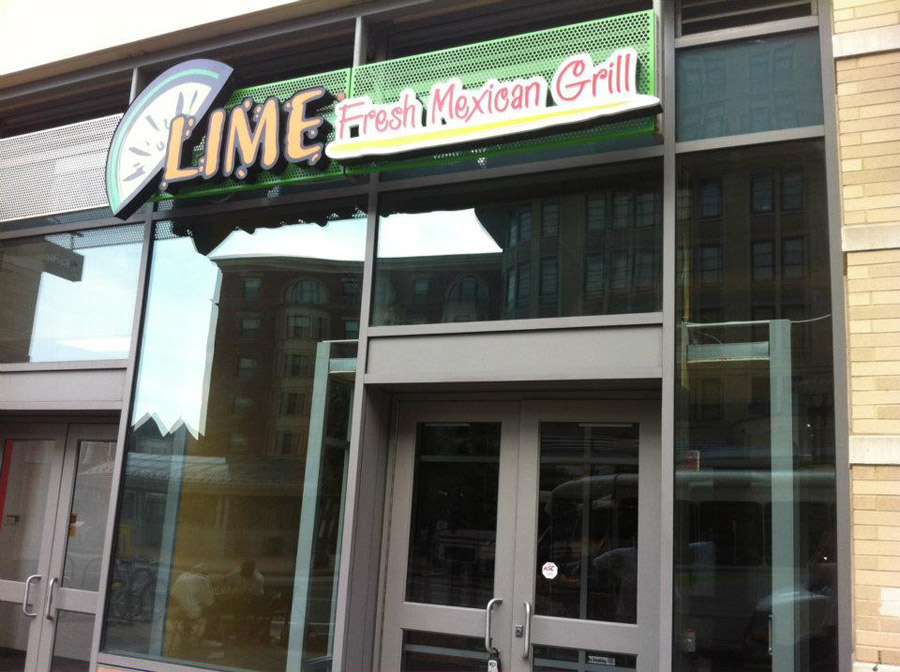 1) Penn Quarter: Douglas Development sends word that Lime Fresh Mexican Grill is opening yet another DC area location, this time in Penn Quarter. It'll take over a space currently occupied by Potbelly at 726 7th Street NW, and should open in mid-2013. No word on when exactly the Potbelly will close. [PRE-PLYWOOD]

2) Arlington: A tipster sends in word of signage for a Cantina Mexicana in the former Senor Pan space just off of Columbia Pike in Arlington. An employee who answered the phone at a Crystal City restaurant of the same name confirms that this is indeed another location for them and is shooting for a mid-November opening. The menu will be identical to the Crystal City location, meaning huevos rancheros, chimichangas, enchiladas, tacos, flautas, fajitas and more. [PLYWOOD]

3) Logan Circle: The City Paper reports that owner of the forthcoming Drafting Table Aaron Gordon is also planning a "European-style cafe" for 14th Street just a block from the new restaurant. The tentative name is Bar di Bari and Gordon anticipates espresso during the day and "light bites" at night. [PLYWOOD]

4) Adams Morgan: Prince of Petworth notices new signage at the old Tom Tom on 18th Street. It is now going to become the Carriage House and is apparently coming soon though is still under renovation. [PLYWOOD]

5) Shaw: PoP also has it that there's a "restaurant accelerator" coming to the Ruppert's space on 7th Street near the Passenger. Word is that it will be "a bit similar to a pop up restaurant space except hopefully if the restaurant idea is successful here it will find a permanent home somewhere else in the city." [PLYWOOD]

6) Tenleytown: The City Paper brings word that Fork & Spade is not only opening a food truck but also a brick-and mortar out in Tenleytown. The restaurant is planning for a spring opening with some pop-ups to be expected in the lead-up to that. Menu possibilities include a Frito burger, fried fish tacos and a hot dog on a French toast bun. [PLYWOOD]

7) H Street: Frozen Tropics hears that H Street NE now has a restaurant named Chicken and Rice that is an Indian restaurant specializing in curries. [POST-PLYWOOD]

8) H Street: PoP learns that Avery Bar and Lounge is taking over the Rose's Dream space on H Street and plans to cater to young professionals. A liquor license application indicates only chips and pretzels to eat, but hey, there's a rooftop summer garden. [PLYWOOD]

9) Bowie: The Washington Business Journal reports that Lima Peruvian is opening in the Collington Shopping Plaza in Bowie by October, and that it's the first location outside of DC.