Share All sharing options for: Boloco About Two Weeks From Opening Downtown

Whether it's tiny, reasonably-sized or jumbo burritos you want, you can find them at Boston-based Boloco, which opened its first local outpost this summer in Bethesda. Now, the chain is close to opening its second location in D.C., over at 19th and M Streets NW. Eater caught up with Boloco CEO John Pepper, who said that while he'd hoped to open the DC store by today, utilities issues will push the opening back at least two weeks.

According to Pepper, Boloco will open at least one more location in DC proper this spring; he's in negotiations for a location but didn't want to disclose the exact address. Meanwhile, the company is working with real estate firm Papadopoulos Properties to find at least two more spots to open between next July and the following summer. This is, of course, contingent on whether DC's appetite for the chain's globally-inspired burritos continued. So far, they've been "well-received" at the Bethesda location, Pepper says. 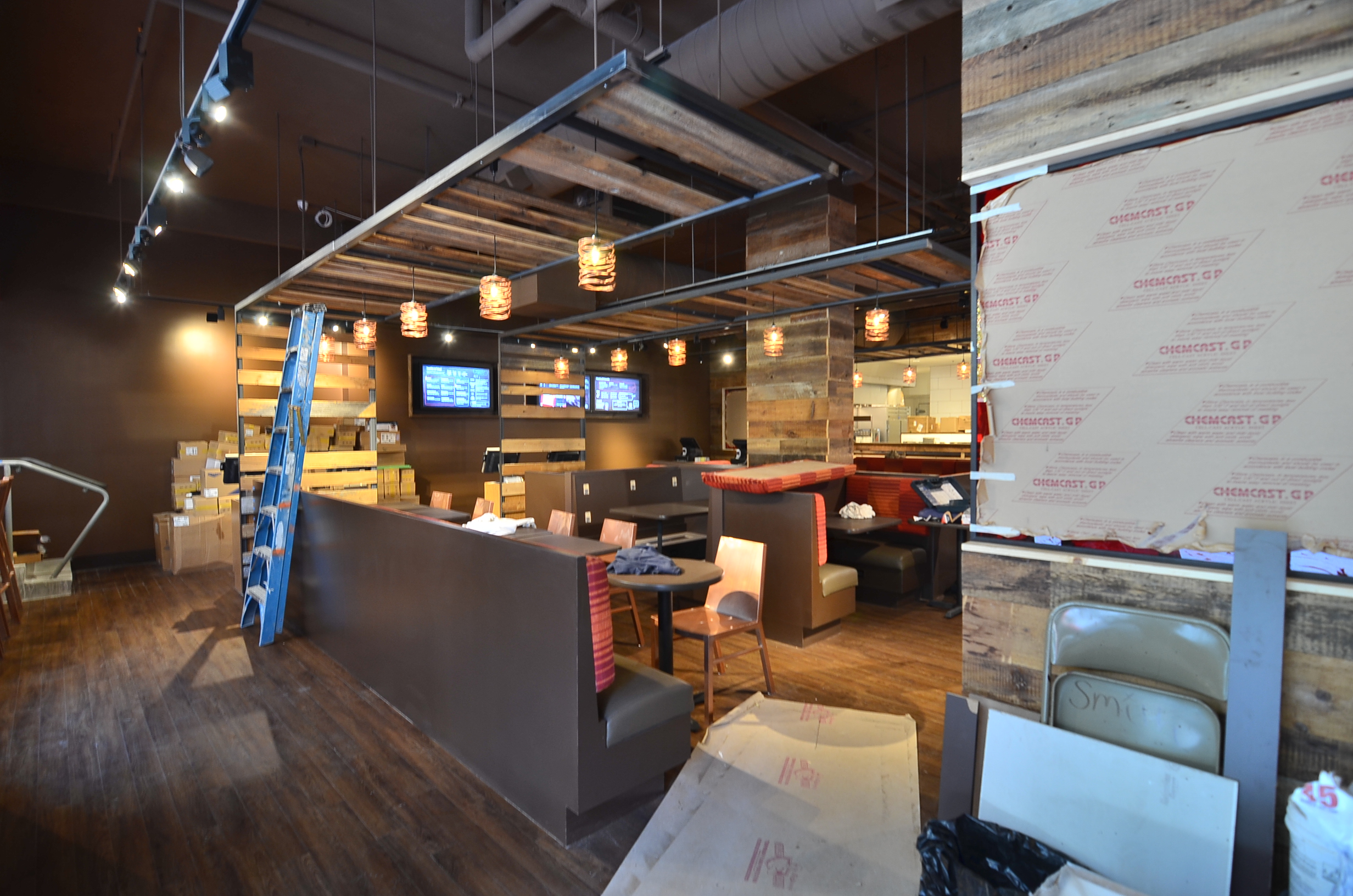