Share All sharing options for: Esquire Names Roberto Donna Chef of the Year 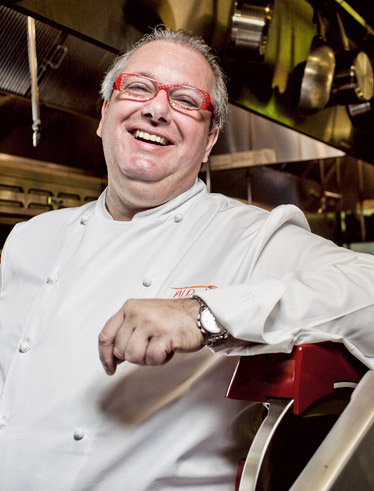 Today Esquire magazine has released its annual list of the best new restaurants in America, a list in which restaurant features writer John Mariani has named Roberto Donna as Chef of the Year. Mariani explains the pick, referencing the many moves Donna has made throughout his career:

But over the years, despite being one of America's greatest chefs, he had a habit of leaving restaurants before the paint dried. Now he's back, at a colorful trattoria off Embassy Row, and he's cooking his pants off, serving dishes so deceptively simple they seem like sleight of hand.

Yes, Donna has been a luminary in the DC dining scene for decades, though the city almost lost him last year when his upscale Galileo III shuttered in September amid stories of employees jumping ship and lawsuits. The chef then considered a jump to Arizona, but decided instead to partner up with Hakan Ilhan at Al Dente, formerly known as La Forchetta. Looks like that decision paid off.

The magazine also offers "a secret recipe" for Donna's spaghetti carbonara in the package — and asks "How does he coax such enormous flavor from roasted porcini mushrooms in a foil pouch?" And while last year Mariani named Fiola among the best new restaurants of the year, this time around there are no DC restaurants in the mix. The issue hits newsstands October 16 and Eater National has the full list of winners.

UPDATE: This post has been updated to reflect the Esquire quote in its entirety. The previous version used a slightly altered version of the text that had been sent to Eater in a press release, reading: "Over the years, despite being one of America's greatest chefs, Roberto Donna had a habit of leaving restaurants before the paint dried. Now he's back, at a colorful trattoria cooking his pants off, serving dishes so deceptively simple they seem like sleight of hand."