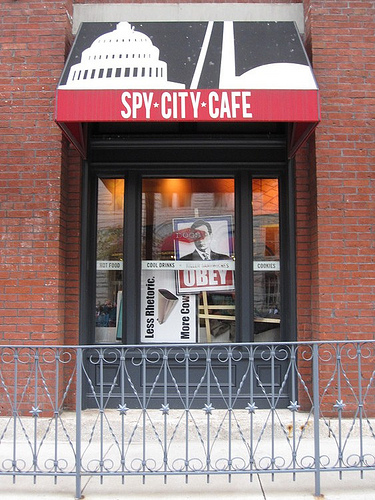 2) Penn Quarter: Construction work has begun on the Panera Bread headed to 673 H St. NW, according to WBJ's Mike Neibauer. The location of the sandwich chain will stretch over two levels. The restaurant will seat about 200 people. [PLYWOOD]

3) Shaw: Work is progressing on both the FrozenYo and Fuel Pizza locations headed to the same block of Georgia Ave. NW, near Howard University. FrozenYo has received a building permit, and construction has begun on the Fuel location, Prince of Petworth reports. [PLYWOOD]

4) Penn Quarter: Also from Prince of Petworth: the news that Shake Shack has applied for a liquor license for its upcoming location in the former Spy City Cafe space. The blogger also floats the rumor that a Georgetown location of the burger chain could be forthcoming. [PLYWOOD]