The latest news about where you live from Curbed DC... 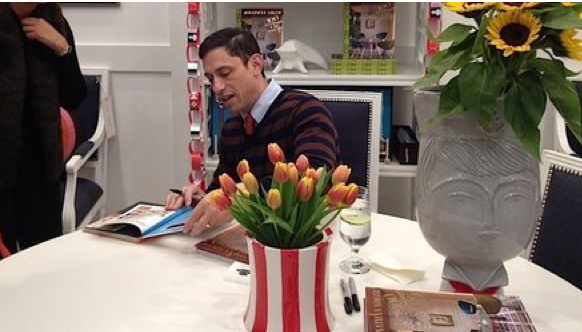 GEORGETOWN—The Jonathan Adler Store on Wisconsin finally opened and Jonathan was in town for an evening to sign books, greet his many friends, and officially open the place for business. We have some Hangover Observations and pictures from his invite-only book signing.

BAR CRAWL LIVING—This week we looked at places to live within walking distance of Big Bear Cafe. Call it Shaw, Truxton Circle, or any of the other choices.

VIDEO INTERLUDE—Kevin Spacey has a Netflix Original series coming out about DC politics that was largely filmed in Baltimore. See if you can spot any Baltimore scenes in the first trailer that was just released.

MARYLAND—Anyone who wants a weekend getaway to Cambridge, Maryland should really check out this incredibly low-priced mansion. It was for sale for $4.4M and has had the price drop repeatedly. Now it is $875,000 as a short sale—for a waterfront home on seven acres of land.

PRESERVATION WATCH—Not too many days go by without a historic building being the center of controversy in a neighborhood. But some DC buildings reach fever pitch levels of arguments and we've mapped the ones that are the most controversial in our Preservation Watch Heat Map.

GEORGETOWN—The company that owns the big buildings on Washington Harbour have expressed an interest in building an addition that would bring either 88 residences or 120 hotel rooms to the corner of K and 30th.

THE MALL—Work continues on the African-American History Museum and the architect behind the project, David Adjaye, gave a five minute interview explaining how he uses the culture of a place to determine the materials he uses on a project.

ARCHITECT WIRE—The starchitect David Rockwell has designed impressive buildings all over the world, but he's really outdone himself this time with an exhibit for kids at the National Building Museum. He spoke with Curbed about the winding path that led to creating Imagination Playground.

MCLEAN—We're back with our look at the least expensive listings in a neighborhood (or very close to that neighborhood) and this week McLean's cheapest of the cheap was where we spent the time.

GEORGETOWN—The small apartment trend is on the rise and this DC designer, Matthew Bees, was profiled in House Beautiful in his 350 square foot apartment. We have a few photos and Bees gave Curbed his six top tips for how to maximize space.