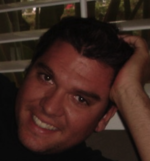 The family of Joey Belcher, Sticky Rice's co-owner who was found dead in his Capitol Hill apartment on Monday, has released an official statement, posted by Young & Hungry along with remembrances from Belcher's friends, including business partner Mark Groeschel. According to the official statement, Belcher was a stunt pilot and musician, in addition to co-owning Sticky Rice, 1905, Dangerously Delicious Pies on H Street and several food trucks, including Chupacabra. A public wake is planned for Friday, December 21 from 5 p.m. to 8 p.m., followed by a Roman Catholic funeral service on Saturday, December 22 at 11 a.m., both to be held at Joseph Gawler's Sons on Wisconsin Avenue, NW. [Young & Hungry] —Adele Chapin