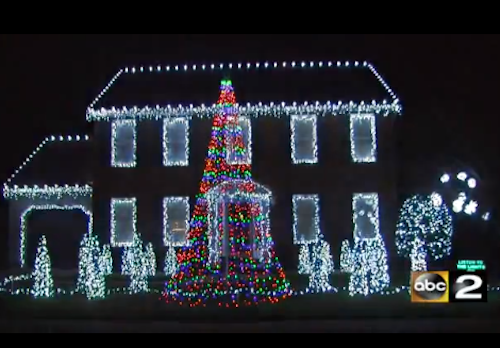 Call Me Maybe lives on in Christmas lights.

VIDEO—A man in Maryland synched 10,000 Christmas lights on his house to the song Call Me Maybe and now you have to watch the video.

MAGIC EIGHT BALL—Want to know the answer to some burning development questions? We've got a Magic Eight Ball that knows all the answer about DC projects.

METRO—Some poor guy had a rough Metro ride. First a probably drunk guy rants at him for, um, well, something and then another guy throws up on him. Luckily there's video proof.

SHAW—The abandoned lot called Parcel 42 is going to get a Marriott hotel, most likely. The ANC voted in favor of it this week and now they can go ahead and get final approval.

LEDROIT PARK—This week's Bar Crawl Living took Bistro Bohem as its subject and we found five good places to live if you want to crawl home instead of drive.

INTERVIEWS—The HGTV designer Sabrina Soto got her start on two different shows in DC—Get It Sold and Real Estate Intervention—show she gave us some tips on how to live comfortably in skinny row houses plus some holiday gift ideas and how to clean before family comes.

UBER WIRE—The car service took a few lumps but is now officially legal in DC. See what the CEO had to say in celebration of the fact.

I-395—Capitol Crossing is a huge development that is going to be built over a highway. Four office buildings and one residential building are coming now that the developers have bought the air rights.

And here's a few more links...
·
· Video: Michelle Obama unveiled the Gingerbread White House that weighs 300-lbs
· We're looking for nominations for the best neighborhood of the year