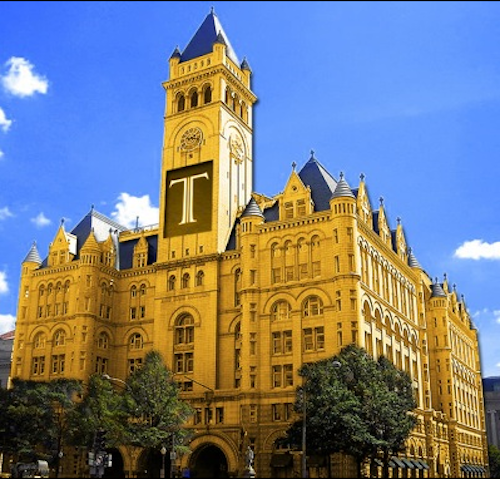 PENNSYLVANIA & 12TH—Trump and his development team have won the contract to turn the Old Post Office into a luxury hotel — with restaurants, naturally. Click over to see who is on the development team.

CURBED—We don't have restaurants, but we do have dollar signs. We updated our version of a heat map—a zip code by zip code summary of house sales prices for January 2012.

BALTIMORE—Director John Waters has some weird ways of decorating his house. Figurines of famous celebrity mishaps and fake food abound.

POWER HOUR—Earlier this week we devoted an hour to looking at the least expensive homes in Capitol Hill, Brookland, Logan Circle, and Columbia Heights.

KALORAMA—There's a house, that used to be a school, that is currently owned by a member of the Pollin family. That guy, David Pollin, has just co-founded a boutique real estate firm for some of DC's best-looking houses along with two other very successful agents in the city. Not far away there's a set of condo buildings called WY18 that is finding success in selling their units. Last we heard, only fourteen remain.

VIDEO INTERLUDE—It's about time someone made a Shit Real Estate Agents Say Video.