All the latest goings on in neighborhoods around the city from Curbed DC... 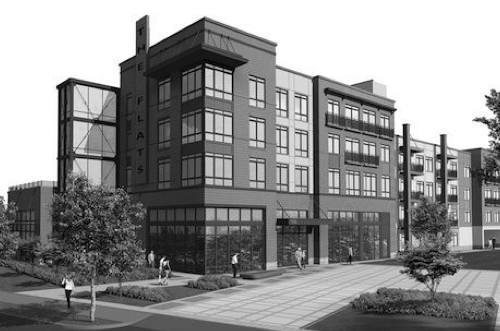 A rendering of the Flats At Atlas building on Maryland Avenue

ATLAS DISTRICT—The apartment building on Maryland Avenue called Flats At Atlas has announced their prices and they have a few deals for people who move in before March 31st.

HERE—This was the week where we took our occasional look at the most expensive houses for sale in the area. So check out the lists for DC, Maryland, and Virginia.

CAPITOL HILL—The site where Specialty Hospital sits will most likely be turned into about 140 apartment buildings. We have some details about the proposed changes to the building and traffic routes.

EVENTS—George Bush gave a Q and A with the CEO of a local real estate developer and he ever so slightly conceded that he might have pushed to hard for homeownership during his tenure as president.

GREAT FALLS—Rick Santorum owns a house here, on the ironically-named Creamcup Lane, which is causing some to wonder if he really can claim Pennsylvania residency.

VIDEO INTERLUDE—If you've always thought that Abraham Lincoln was a badass vampire hunter, then click over to see your dreams fulfilled in a trailer for a movie that comes out this summer.