Share All sharing options for: The Ultimate Man Cave; A Medical Marijuana 'Superstore' Is Coming to DC; Lies People Tell 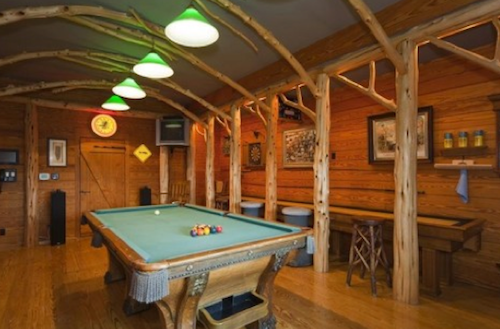 Is this the ultimate man cave? [Zillow]

MARYLAND—The most expensive property in Md also has the best man cave around.

BELLEVUE—There's an almost-complete library that had its fair share of critics for being too architecturally-inspired (Marion Barry himself criticized it), but that didn't stop the person who came up with the design from explaining how architecture can be a force for social change. His video and a few pictures of the library are over on Curbed.

REAL ESTATE—If there's money involved, there's lying too. We started our series Lies People Tell, inspired by Eater's Shit People Steal, and the first story is about buyers and sellers being less than truthful (aka cheap bastards). On the business side we also have a post about the new real estate contract for the DMV.

INTERWEBS—There's a new website about people who park illegally so they can attend church. It's called, appropriately, Where Would Jesus Park In Bloomingdale?

VIDEO INTERLUDE—The Colbert Report picked up on the statehood for the moon discussion, brought to us by Gingrich. Click over for the video and to hear a contender for our new non-state motto: Suck it dipped in Tang!.

ARLINGTON—There's only one house around that costs exactly one million dollars and it is in Arlington. Paging Dr Evil.