A Peek Inside Boqueria, Opening Today in Dupont Circle

Share All sharing options for: A Peek Inside Boqueria, Opening Today in Dupont Circle

Editor markup for Eater Inside: Boqueria DC. This is only visible in the story editor.

The wait is over for New York City tapas restaurant Boqueria, which opens its doors tonight in Dupont Circle — the mini-empire's third location and first outside of New York. Owner Yann de Rochefort and chef Marc Vidal have brought the same aesthetic from their New York locations down to DC, with counter-height seating, wine-lined walls, drop lighting, a marble bartop and more. This space, though, is larger than what they have in New York — which means more private and semi-private event space. Boqueria's corner space also means lots of natural light.

When it comes to the menu, that's also much the same — tapas such as blistered Shishito peppers, bacon-wrapped dates, tortilla Espanola, patatas bravas and more, plus flatbreads, paella, cheese, meats and Ibérico ham. For boozing, there's sangria and about 65-70 bottles of wine. Boqueria opens tonight at 5 p.m. and will only be serving dinner for the first few weeks — eventually adding lunch and brunch. Unfortunately, patio seating isn't yet available, either. But here's the dinner menu. 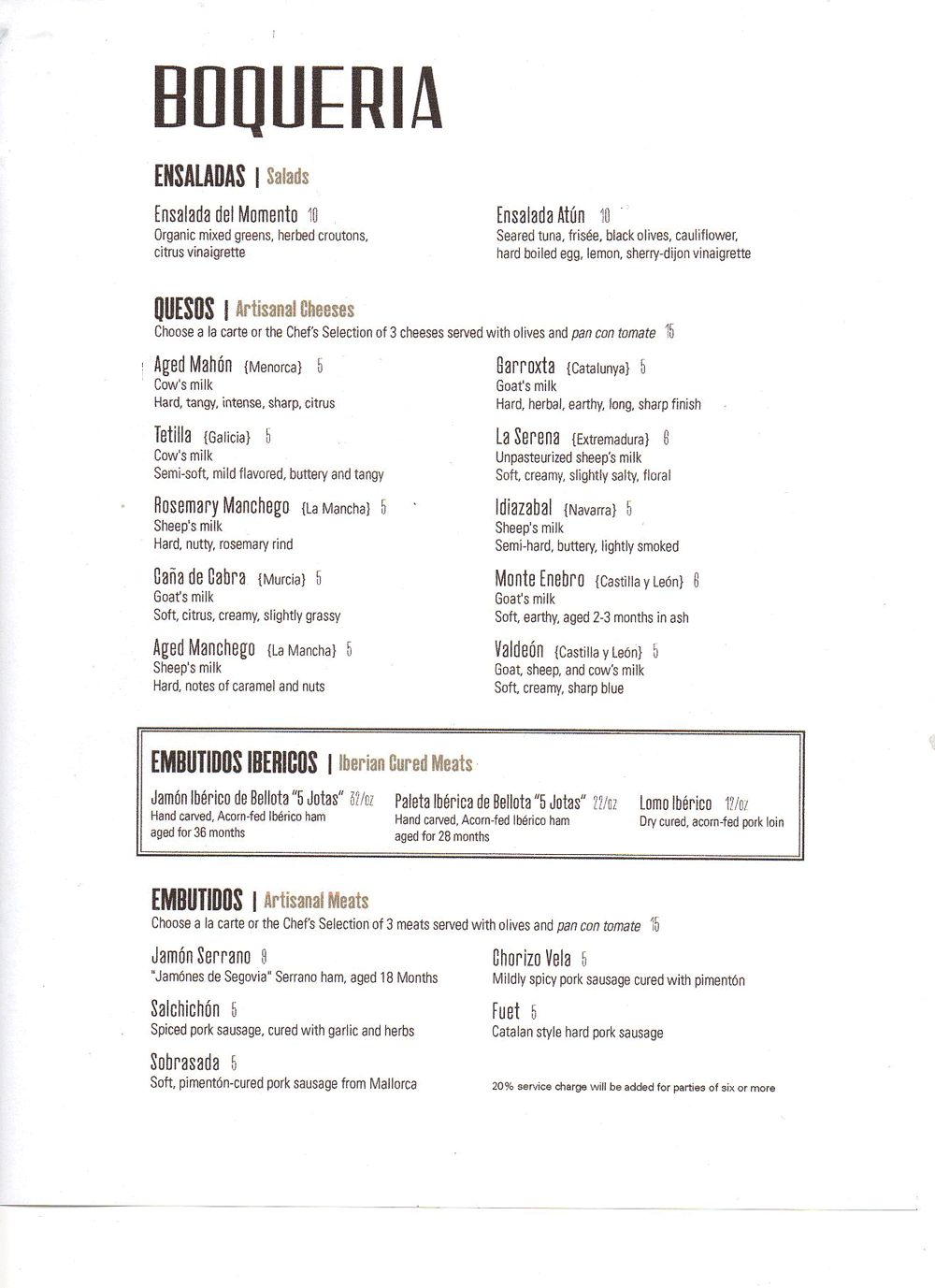 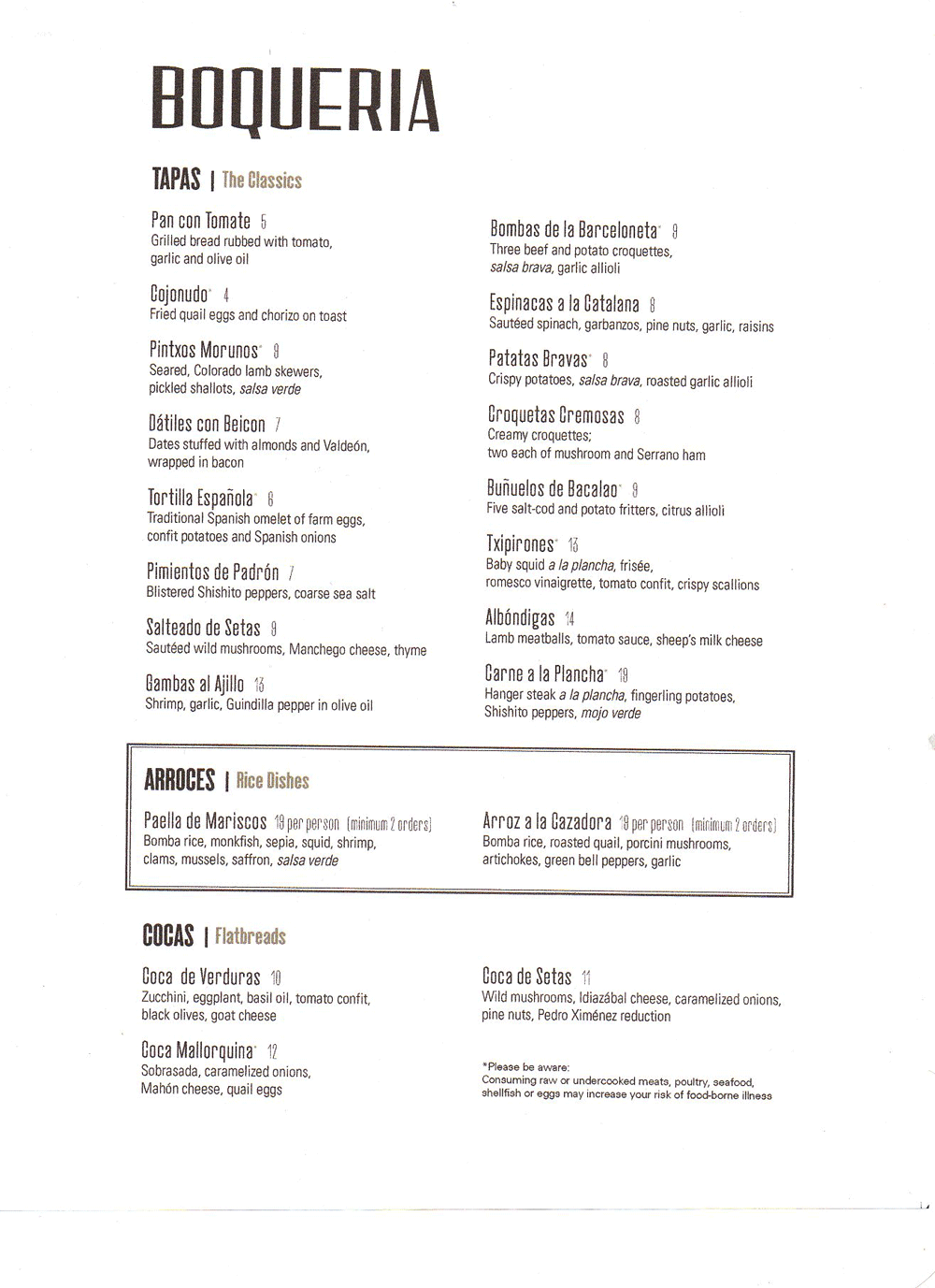