Old Houses In Old Town And New Museums For The Mall

Share All sharing options for: Old Houses In Old Town And New Museums For The Mall 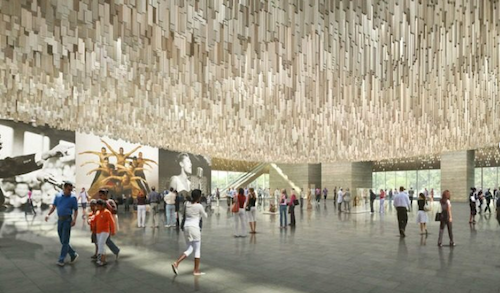 A rendering for the African American History Museum

OLD TOWN—There's a house from the late 1700s for sale, with a number of original features still in working order. The privies that came with the house are still there, but there is indoor plumbing in case you aren't that old school.

CAPITOL HILL—A builder named William Yost built many of the original houses in Capitol Hill, but now the house he built and lived in with is family is on the market. You can see pretty much all the architectural details that define CapHill inside this one house.

U STREET—There's a new antique store that is also a tanning salon just waiting for your pale skin and tchotchkes addiction.

PETWORTH—This week's Under 300K Club is a rowhouse currently divided into three units. They all need a little work, but is still a good investment.

WOODLEY PARK—There's a new development along Connecticut Ave that will merge several rowhouses and create a seven-story tower to bring 39 condos to the neighborhood. The developers put together a video of the project, that starts with a nice history of how Woodley Park came to be.

THE MALL—The groundbreaking for the African American History Museum took place this past week and we have a video interview about the architectural design and some renderings of what it will look like.

LEDROIT PARK—The Howard Theatre is going to re-open in April after a thirty-year hiatus. They've already released a lengthy list of the concerts lined up for the summer and we have the full list of performers.

HERE—We can't get enough of housing numbers and the final stats for how the DC area performed for 2011 are in.

DC—When it comes to dishonesty, we rock Washington. The website Ashley Madison helps married people find someone to have an affair with and they reported that the highest number of registrants per capita is right here in the Greater Metropolitan Area.