The National Gallery of Art has announced that it has nabbed none other than chef José Andrés to create a menu for its ever-changing Garden Café. As of May 1, the cafeteria will be re-dubbed Garden Café Catalonia and feature a Catalan menu inspired by the museum's forthcoming exhibit, Joan Miró: The Ladder of Escape.

There will be classic Catalan dishes such as escalivada catalana, plus a white bean salad with Catalan salt cod, various Catalan stews and cheese and more. Some of these will be offered a la carte — including the escalivada — while the rest will be in the buffet. The café will also be bringing in Spanish wines, Barcelona's Estrella Damm beer and, yes, sangria.

This is the second time Andrés and the ThinkFoodGroup have collaborated with the National Gallery of Art, as back in 2009 they did the menu for the Garden Café Espana. Run by the Restaurant Associates team rather than ThinkFoodGroup chefs, the cafe will remain open through mid-September. It replaces the Garden Café Italia, which has been running for the past year with a menu courtesy of Fabio Trabocchi. 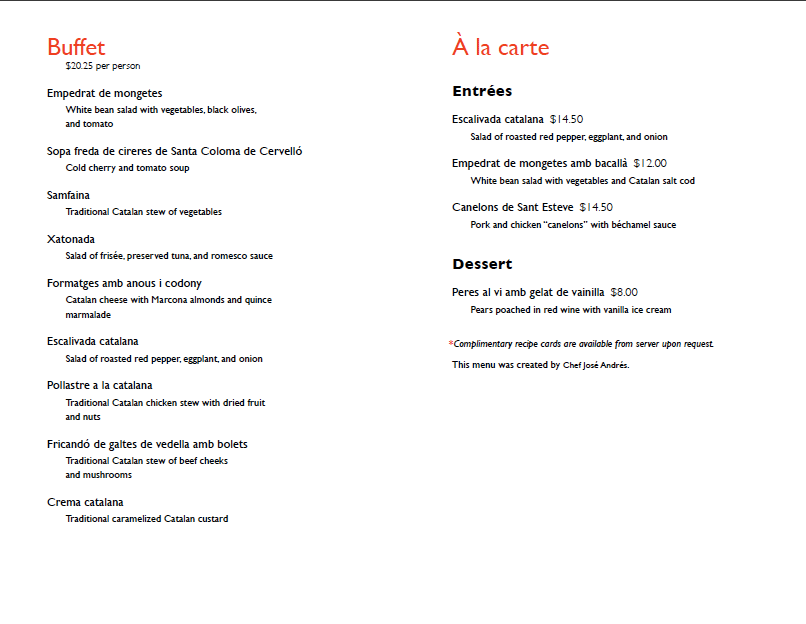