Chix Expansion, Thai Street Food and More on the Way

Share All sharing options for: Chix Expansion, Thai Street Food and More on the Way 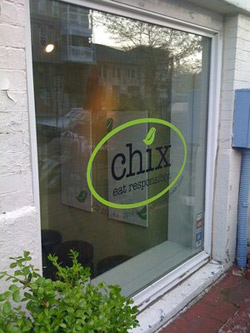 1) Logan Circle: Prince of Petworth has it that Chix is opening a second location on 14th Street just south of Thomas Circle. The health-conscious cafe hopes to open this fall in this somewhat bigger space. [PLYWOOD]

2) Dupont Circle: Dining Bisnow reports that Sala Thai will be opening a fast-casual Thai restaurant in the former Maoz space on M Street. It will focus on Thai street food. [PRE-PLYWOOD]

3) Arlington: In other expansion news, Northern Virginia Magazine hears from Curry Mantra owner Asad Sheikh that he's looking for two storefronts in the Ballston-Rosslyn area to open a carryout version of his restaurant: Curry Mantra Express. The idea is to open them by the end of the year. [PRE-PLYWOOD]

4) Downtown: PoP also hears that Freshii is adding another DC location, this one destined for the corner of 15th and K streets. [PLYWOOD]

5) Virginia Square: It's smoothie time for the folks of Virginia Square, who are getting a location of chain spot Tropical Smoothie Cafe, according to ARLnow. Alongside smoothies, there are wraps, salads and sandwiches on the menu. They hope to begin construction next month and perhaps open in the summer. [PLYWOOD]

6) Petworth: And, finally, there's a non-traditional bakery opening up in Petworth that PoP writes will "focus on carrot cakes and bean pies." Named Salaam Bakery, it should open for retail sale at the end of May. [PLYWOOD]