Hot Topics: What Role Should Jumbo Slice Play in DC?

Share All sharing options for: Hot Topics: What Role Should Jumbo Slice Play in DC?

It's easy and fashionable to talk shit on jumbo slice. After all, in a world where the words "artisan" and "hand-crafted" are bandied about on menus of every new restaurant, a late-night carryout serving pieces of pie bigger than your head is an easy target. Eater approached a few local chefs and restaurateurs to ask their thoughts on the role of jumbo slice in DC's culinary landscape and whether it was a problem that these greasy pies are the first thing visitors often associate with DC and pizza rather than our Neapolitan temples. The answers were surprising. 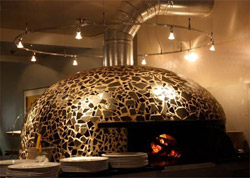 Everyone wants to have it at night. I'm 32 so I don't go out as I used to 10 years ago, but I can definitely tell it's a huge trend and everyone loves it. Once, one of my good friends was visiting from London. She used to live in DC. She ended up having one because she remembered having it as a kid. I was making fun of her, "Oh, that's probably disgusting" and all that. I started taking a couple bites and I actually liked it. It's really good pizza actually. You have to give credit. I don't know if everyone does it the same way. Everyone says that they are the first jumbo slice in DC, but I think at the end of the day they do a great job. We absolutely support it. 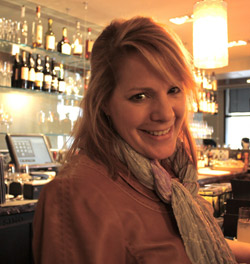 [My husband Todd Gray and I] used to live right at 18th and P when we were engaged. That was 1993. That's when we had our first jumbo slice. The jumbo slice represents Adams Morgan because that's what brought Adams Morgan into its own as a partying block. They were offering that late-night hot cheesy, doughy huge slices of pizza because it was commensurate with all the alcohol people were drinking. So I think it saved a lot of kids from being sick from alcohol. That was definitely the late-night go-to snack. It was the only late-night food you could get in the city at that time.

I think the only people that would be going to jumbo slice are young. It's not like the gourmand aficionados if they're going out and looking for a good meal are going to go to jumbo slice and think that's a reflection of DC. They go to 2 Amys or Comet pizza or something. So it's great. It serves a fun purpose. It's not supposed to be rivaling the best pizza in the city. DC pizza is definitely not where New York is, but jumbo slice is not supposed to be in the gourmand category of pizza for DC. It's supposed to be in the fun, rowdy, party Adams Morgan category. 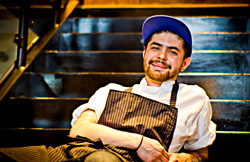 Jumbo Slice is a part of DC whether or not people like it. Jumbo Slice is what it is and it is not pretending to be anything else. For every Jumbo Slice in any part of the United States there is another pizzeria in the same city that makes great pizza. Running a business is a challenge and they have found a way to sustain and carve a piece of the pie from themselves. I can understand the battle legit pizza places face because of Jumbo Slice. I face it constantly at Toki Underground where people compare my price points to store bought Top Ramen. The real question is WTF is artisan pizza anyways (Domino's reference)?