Tom Yum District, Oxford Deli and More on the Way

Share All sharing options for: Tom Yum District, Oxford Deli and More on the Way 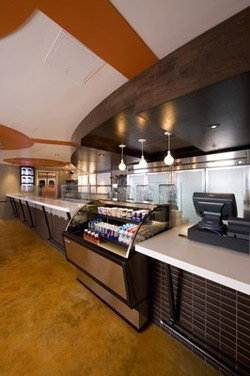 1) Rosslyn: The Washington Business Journal reported last week that the owner of Bangkok Joe's and T.H.A.I. Shirlington is opening a fast-casual Asian restaurant in Rosslyn named Tom Yum District. The idea is to be a ShopHouse competitor "but with more of an authentic Thai bent," according to the real estate broker. [PRE-PLYWOOD]

2) Dupont Circle: Prince of Petworth hears that a new downtown sandwich spot named Oxford Deli is heading to M Street east of Connecticut Avenue, perhaps even by the end of the month. There's also a nightclub going in nearby. [PLYWOOD]

3) Ballston: The very same Protein Bar that's headed to Penn Quarter is also opening a location soon out in Ballston, according to ARLnow. Signage is up now on Glebe Road for a summer opening of the restaurant with a focus on healthy food. [PLYWOOD]