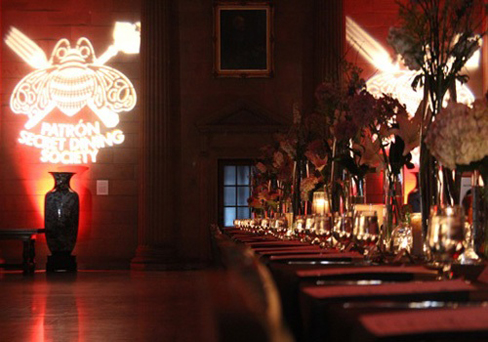 Their meetings are veiled in secrecy for good reason. Unparalleled chefs making
intimate dinners in breathtaking locations? Sign us up.

But inside word is that there’s something extra special lined up for their next secret
dinner, to be announced on May 8th. The Dining Society is famous for landing world-class chefs for these dinners (including Top Chef Masters champions like Marcus Samuelsson and Rick
Bayless) and they've shown up in cities both large and small —
everywhere from Minneapolis to New York to Chicago to Nashville in the past year.
So we’ll hazard a guess that this extra secret addition is bound to be phenomenal.

The next announcement is on May 8th at 4pm ET — just a few short days away. Join Patrón Social Club before that to receive an email with further instructions, if you live near the next host city. >>