All the latest nabe and real estate news from Curbed DC... 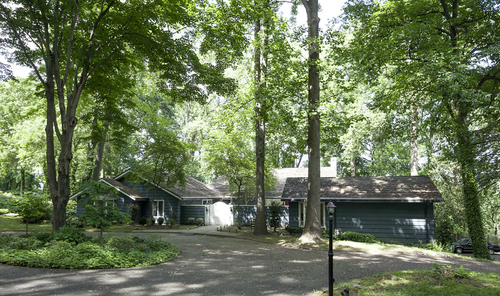 This used to be Ted Kennedy's house, but the current owner wants to unload it for $10M

14TH STREET—Developers have flocked to 14th Street in the past few years and a number of apartment/condo buildings are getting ready to deliver in the next six months. Thousands of new places to live will become available and many say the Whole Foods was what spurred all this activity. We took a stroll up the street and took some notes about what each building is going to bring to the nabe.

U STREET—This week we put our party hats on and looked at the least expensive places to buy near U Street and found a few rentals under $1,500.

ARLINGTON—There's a big building going up at 1776 Wilson that will be a commercial/retail space, but it is aiming to be LEED Platinum, which would be a first for Arlington.

MCLEAN—Out in McLean there's a house that Ted Kennedy used to own that is now for sale for $10M and further into the center of town is a home for $685K that every parent will want to look at because of the school district it is in.

DMV—Sales, sales, everywhere. We put together a list of the top sales of the past week. Chevy Chase is at the top with $2.5M and Georgetown peeks in at number five a million dollars below that.

RACKED—Our weekly look at retail has rumors of Uniqlo and Top Shop coming to town, as well as a the online store SNOBSWAP that has items donated by some of the Real Housewives to raise money for charity.

ROSEDALE—The long-awaited and sometimes-controversial community center is finally open and Mayor Gray sliced the ribbon today to officially open the pool. We have a few pictures of the building (but not the Mayor).