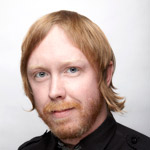 Over on the mothership, Eater Wine Editor Talia Baiocchi takes a look at the rise of the beer sommelier, which "is not just a novelty, it's becoming a necessity for restaurants ... that want to run a serious beer program alongside their wine program." She offers a primer to the country's best beer somms, including DC's own Greg Engert of the Neighborhood Restaurant Group. He tells Baiocchi about the main differences between being a beer sommelier and a wine sommelier and which beer got him into beer. [-EN-]