Who's the Hottest Broker; A Skinny House Problem Solved

Share All sharing options for: Who's the Hottest Broker; A Skinny House Problem Solved

The latest in real estate and neighborhood news from Curbed DC... 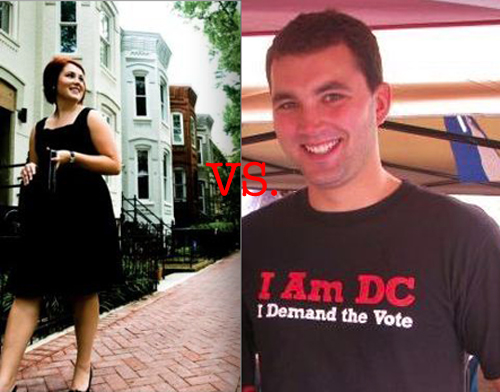 The showdown for Hottest Broker has begun.

CURBED—The final round for our Hottest Broker contest has begun. The two hottest are facing off in a vote that ends Sunday evening where one will be declared the winner. Click over to share your opinion.

MCLEAN—Ted Leonsis used to live in McLean before a house switcheroo with his friend from Nextel. His former McLean house recently went under contract at an asking price much lower than expected. Also in McLean is the home of Republican power ex-couple Ed and Edwina Rogers that recently had a price chop.

RACKED DC—A few new store openings, like a Tri360 in Arlington, to report and our National team went behind the scenes with the C.Wonder group in NYC to find out what they wear to work.

ALEXANDRIA—There's a new, huge apartment building in Groveton that has just announced a list of introductory offers, including lower pricing. We have the new, improved price list after the jump.

WASHINGTON GROVE—Few have heard of this secret enclave near Shady Grove Metro, but it has a similar feel to Glen Echo (only without as many houses). Our good deal for this week is a 5 bed, 4 bath for $750K.

LOGAN CIRCLE—Forget looking at a neighborhood, we want to know what's happening on a block. We looked at one near Logan Circle and found three units slightly more expensive than your basic starter home. Earlier in the week we also found this lovely condo with a round living room inside a building called The Castle.

CAPITOL HILL—There's this Craigslister looking for a roommate who has also shared pictures of what his design preferences are. They include Sherlock Holmes.

SHAW—Long and narrow rowhouses are so common in DC but not too many people have figured out the best way to make the furniture work. The House That Would Make Twiggy Look Fat is as skinny as eight feet in some places but might give you some ideas how to maximize the space.