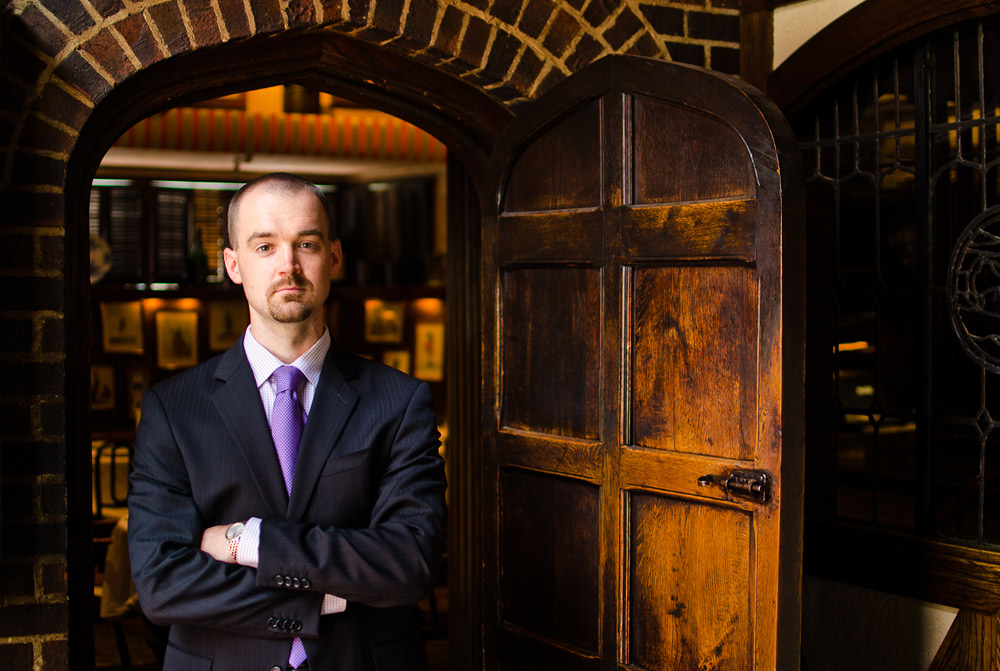 Engagements and VIP visits are just another normal night at 1789, which celebrates its 50th year in Georgetown this year. General manager Dan Harding has seen a number of high-level politicians walk through these doors in his past two years at the restaurant (and five years total with the Clyde's Restaurant Group). Here, he shares some good stories involving President Barack Obama, Bill and Hillary Clinton and Russian prime minister Dmitry Medvedev. Plus, he talks about why the restaurant dropped its jacket requirement two years ago — and how far in advance you might want to consider reserving a table.

Say it's 8 o'clock on a Saturday night. What's the wait to get in?
We're a little bit different from some other places downtown and even in Georgetown in that 97 percent of our customers are reservations. Three percent are walk-ins. A lot of those walk-ins do tend to happen on Saturday night. If you were to walk in on any given Saturday night at 8 o'clock, you're probably looking at an hour and a half to two hours.

Is there anything I can say or do to make my wait shorter?
No. The owners of the restaurant don't come without a reservation. They would not bump anybody out of line.

Have you had a lot of people try to offer you money or gifts to get bumped ahead?
Never. That's never happened to me here, honestly. Our clientele tends to be extremely refined. We don't typically deal with the pushy people who are throwing money in your face. And if they did we would all decline it. We train our staff to decline that. Our staff receives gifts from customers, but it's for their great service, it's from knowing them for 30 years. But never to get a table or to jump somebody else.

So how far in advance should people make reservations?
We accept reservations one year in advance. We recommend if you need to come on a Saturday or on a prime day, two to three weeks.

And you get a lot of VIPs here?
We do. We try to keep a lot of it low-key, but some of the ones that have gotten to the public, of course, President Obama was here last year. Mr. and Mrs. Clinton have been in several times in recent years. The last time they came in, they sat in our pub dining room. A week after they came in, Mr. and Mrs. Cheney came in and had a meal in the same room. And a week after they were in, Mr. and Mrs. Lieberman came and had a meal at the same room. That was pretty neat.

Do you think they're telling each other?
I hope so. That's what we like to think.

How is it preparing for such high-level guests to dine here?
A lot of our VIPs will come under different names, so a lot of times we don't know they're coming. The President, when he came, we got notice at about 2:30 that he was coming at 6. It's good that people trust us to treat them like VIPs without us knowing that they're VIPs. Outside of the President of the United States, there's not much anybody could do to usurp somebody else's table. That's not something we do. That's honest.

And can you tell me a little bit about the day President Obama dined here?
The early afternoon we had a security team come, which is normal. I had a security team come this afternoon because we have a European delegation coming in this weekend. It happens all the time here. They do a sweep of the restaurant and where are the exits, where's the restroom, that kind of stuff. They came in on that Monday and they say, "Hey, we have a VIP coming tonight. Here's what we need to see." It was just like any other ambassador or senator or anybody else, so we didn't think anything of that.

A little bit later, though, a couple guys with assault rifles and flak jackets came in and asked to see the roof. So I knew somebody interesting was coming in. And then one of those gentlemen came down from the roof — they stayed up there the rest of the day and the rest of the night — and told the managers what was going on. We still didn't tell the staff. We only told the one waiter who was going to be in the room. Nobody else knew.

They came in — it was he and German Chancellor Merkel — on a Monday in the summer, which is usually a pretty slow time for us, thankfully. We were able to give them their own private room. It wasn't really a fun dinner. They were talking heavy business, so we totally left them alone. We had a waiter posted outside the room and every once in awhile he would just peek in and see if they needed anything.

Last time I was here, [chef] Anthony [Lombardo] was telling me a little bit about a Russian delegation that asked for takeaway. Can you talk about that?
We never got official confirmation, but we know that it was for Dmitry Medvedev, his plane. He was at Dulles. Our busiest day of the year is Georgetown graduation day. This delegation came in Tuesday or Wednesday of that week and said, "Hey, would you be willing to do a catering thing for us?" And Anthony said, "Yeah, what do you need?" And they said, "We need an eight-course meal for 15 people to go at 3 o'clock on Saturday," which was Georgetown graduation Saturday. Normally we would instantly say no. When we realized that they were going to spend some serious, serious money — and they sure did — we thought again about it and we did it.

But it was interesting because there wasn't anybody in the delegation who spoke excellent English. When you're cooking for somebody like that and his people need to know everything about every ingredient and every dish and there's not a common language, it was tough. Must have been two or two and a half hours just talking about what kind of mushrooms with the beef and where the mushroom was from and how it was farmed and how much fat the mushroom had. It was absolutely nuts.

Did they have to watch over as he was cooking, too?
They didn't. We had a doctor come in and he made sure the kitchen was sanitary and he watched some of the cooks work, but he wasn't here during the preparation.

Is that something that happens with these high-level visits? I've heard that for the President it happens.
As long as I've been here, [the President is] the only person who had somebody in the kitchen watching everything, a really cordial guy. He was joking with everybody and having a good time, but when the President's food was on the grill or about to be on the plate, he just went into blinders mode. The food came from the cook, it went on the plate, Anthony inspected it, sauced it, handed it to the waiter and as soon as the waiter took the plate, this guy was elbowing everybody else out of the way and was literally looking over the waiter's shoulder as the waiter went up the stairs. He was getting the best angle to make sure that nothing's happening to that plate. It's incredible.

Young people often seem to complain of not be treated the same as everyone else in fine dining restaurants. What's your philosophy on that and on proper attire, especially being so close to the university?
For our first 48 years we were jacket required. If you don't come in with a jacket, sorry, you don't eat. We changed that. We got rid of that two years ago. It was a little controversial with some of our customers, but not with anybody in our company. The dining scene has evolved over time. I wear a suit at work. When I go out to eat, even if it's a great restaurant, I don't want to put on a suit. I think a lot of people of the younger generation feel that way. How are we going to attract the younger clientele to our restaurant for dinner during the week? We determined that one way we were going to do that was to eliminate the jacket requirement.

So two years ago if somebody rolled in dressed inappropriately, they didn't eat here. Now it's a little more give and take. Whether somebody is young or not makes no difference to us whatsoever. We still do enforce some standards of dress. If a guy rolls in in shorts and flip-flops, we'll tell him he's probably not in the right place. But if you've got a collared shirt and a pair of pants, we'll take you in and we will treat you no differently than if a guy's wearing a tuxedo next to you.

And what are some of the places you're eating when you're not here?
When I'm not here, I do not enjoy eating in fine dining restaurants. I spend all of my time in a fine dining restaurant, and I cannot relax if I'm in another one. I'm always observing the service and critiquing the food. So I keep it very casual. My two favorite restaurants are Luigi's Italian restaurant on 19th Street downtown and honestly, the Clyde's restaurant in Georgetown. If I'm going out to eat and I'm not here, that's probably where I'm going.

What's the one gatekeeper tool that you need most to do your job?
A loyal and intelligent staff, which we have. From the reservationist, from the private events manager, to our two floor managers, everybody at the corporate office, all of our waiters, all of our bussers. We only work with people who we trust. I can't do any part of my job if everybody else here can't be trusted and isn't loyal. That's the most important thing.