Fuel Pizza, Chipotle Expansions and More on the Way

Share All sharing options for: Fuel Pizza, Chipotle Expansions and More on the Way 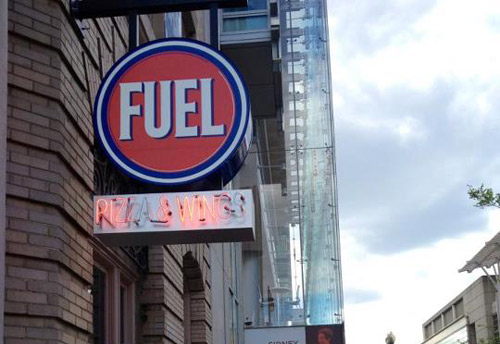 1) Shaw: The Washington Business Journal brings the news of Fuel Pizza's expansion into the Howard University area. This will be the North Carolina-based company's third DC location. It's going in next door to a Potbelly and aims to open as soon as next spring. [PRE-PLYWOOD]

3) Shaw: Through the wonders of liquor license applications, Prince of Petworth learns that the restaurant headed to 9th Street near Seasonal Pantry is registered under the name Thally and will be a bistro with a sidewalk cafe. [PLYWOOD]

4) Park View: New Columbia Heights has it that Harrar Coffee & Roastery is scheduled to open on Georgia Avenue in October — and the signage is up, too. [PLYWOOD]

5) Bloomingdale: In other signage news, Prince of Petworth has some pictures of new signage that has gone up for Bloomingdale Aroi Thai and Japanese Cuisine. There's still no opening date, but the Prince thinks it's going to happen soon. [PLYWOOD]

6) Alexandria: Eat the District gets a hardhat tour of the forthcoming M.E. Swing's roastery, which hopes to open around Thanksgiving. Apparently there's going to be a coffee bar in the front with pour-over coffee and espresso, plus pastries. And there will be windows to look into the factory behind. [PLYWOOD]