Share All sharing options for: Irfan Ozarslan on 22 Years Managing The Bombay Club

Welcome to Lifers, a feature in which Eater interviews the men and women who have worked in the restaurant and bar industry for the better part of their lives, sharing their stories and more. 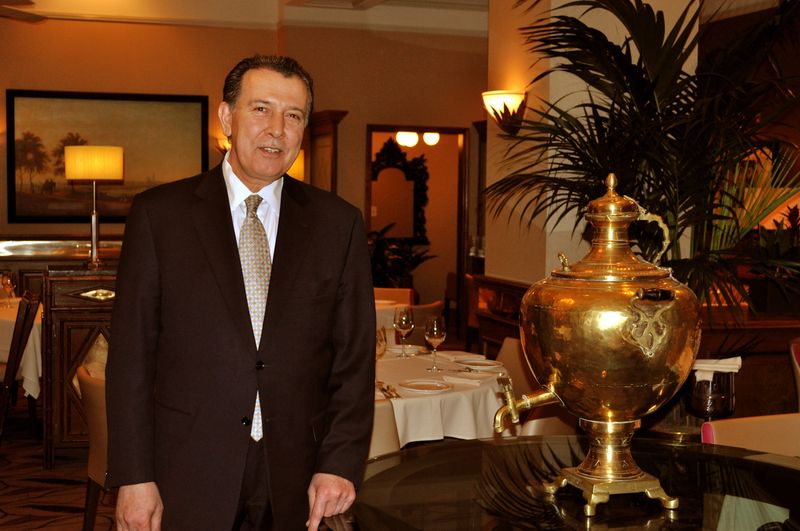 Irfan Ozarslan was hired to work as maitre d' and manager at Ashok Bajaj's Bombay Club restaurant 22 years ago. His job title hasn't changed since, and Ozarslan wouldn't have it any other way. The manager has seen the restaurant transition from a gamble in the DC dining community (Indian fine dining?) to one of its most beloved institutions. Along the way, Ozarslan has enjoyed caring for high-profile politicos, treasured regulars and new customers alike.

How did you end up in the industry in the first place?
My family was in the restaurant business. So I kind of dragged myself into it. I enjoy people.

How many years has it been?
34 years.

And how many were at Bombay Club?
22 wonderful years.

What was your first job?
I actually started in the kitchen for the first five years of my career, in Istanbul. I wanted to understand that part of the world before I moved into the dining room.

What brought you to DC?
I always wanted to go to America for as long as I can remember. I had met a lot of American people and they were wonderful, kind and generous people, so I ended up here. Ashok had heard about me from someone else, and so I met him in his office before he opened Bombay Club. We hit it off from there. We met a few times after that before he persuaded me to join him.

Have you changed jobs over the years?
No, no, same position from the beginning.

What did you think of the idea of Bombay Club when you started?
When I saw the restaurant for the first time, it just dazzled me. It was such a beautiful place, unbelievably designed — I fell in love with it.
When I started here, it was a little bit slow. Ethnic food wasn't that popular in DC. Bombay Club really set the standard for Indian cuisine in America. It was hard work.

What's your favorite part of the job?
Waking up in the morning, getting dressed, and feeling like you can't wait to go to work.

What was your most exciting day at work?
When Nelson Mandela came in eight or nine years ago. Everyone stood up and started clapping. It was a really, really memorable moment.

What's your role when a VIP like Bill Clinton or Stevie Wonder comes in?
To keep it as quiet as possible. People eventually find out, but it's very sensitive. When dogs are sniffing around, we know the president is coming in.

What would you do if you weren't in the restaurant industry?
I never thought of that, honestly. Maybe something political or something of that nature. I'd like that.

It's kind of like your job now.
It really is. At a high-end restaurant you're working around political connections 24/7.

Do you think you will retire anytime soon?
With this kind of work, retirement is really out of the question. It's a rewarding career but it takes a lot of hours out of you.

How do you spend your time outside the restaurant?
Reading, general R&R mostly.

What's your favorite dish on the menu?
I don't have anything I don't like. I mostly eat seafood. I like the lamb vindaloo and the seafood Thali, where you get to try different items.

Where do you like to eat when you aren't at Bombay Club?
I don't venture out that much. I mostly take food home from the restaurant. I like Turkish food. But I really love Indian food, I probably eat it six days a week.