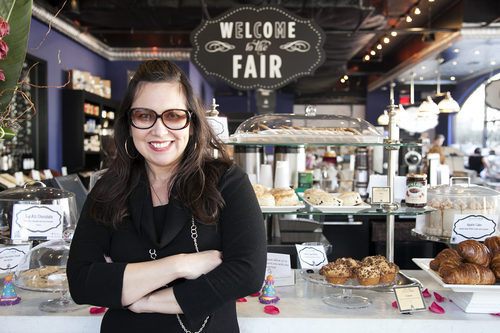 Society Fair, the combination market, bakery, butcher shop and tasting room from Restaurant Eve's Cathal and Meshelle Armstrong, just celebrated its first anniversary. But it took a good six to eight months for everyone to really get an understanding of the concept, Meshelle Armstrong explained. The co-owner talks about seeing her vision for the place come to life, tells tales of customers both enthusiastic and prickly, and shares news of a new wine director.

How different does the restaurant look compared to how you envisioned it?
It's exactly the same. This is a concept that's more than five, six years old. We had been talking about it for years. But you know how you visualize what you would see when you walk through the door? This is exactly the same. We're very fortunate.

Was it hard to find a big enough space to accomodate the concept?
It took us time. That was part of why the process took so long - we had to find something suited to the dual concept. When you think about, all the things we do are dual concepts. Eammon's and PX. Eve and the Tasting Room. So we need to find spaces to satisfy that need. But you hear about places, you wait and see, get a feel for a place. This space had ample sidewalks, which is hard to find in Alexandria.

What were the biggest challenges in getting the place open?
We were fortunate. The city wanted us to be here, the neighborhood wanted us to be here. Everyone was pretty jazzed about the concept. Never put the main air conditioning unit above the bread oven. There were complications like that.

I think the biggest challenge for us was that I didn't realize how different a project this was. It's really a different bird than the restaurants. If you open a coffee shop, the coffee has to be great. If you open a bakery, the bread has to be great. We had to have all of these things. We also learned signage was key. People would walk into the place, stand at the front and say, "What do I do?" Europeans would walk in, they get it.

Yes, I guess there aren't a lot of similar setups here.
There are a lot more markets now, which is great. But I just don't think that people really understand this all-encompassing thing.

What changes have you made over the past year?
We've added a lot of different things. We just started French steak night. The reason we did it is because we got this large side of beef and our butcher case was overflowing. So we were like, 'What do we do?" We figured we'd give it a try and the first one was packed. So now it's a regular thing, every Thursday. We've started other promotions like Drink Yourself Blind, with blind tastings at the Tasting Room. There's so much going on here. It allows us to change and reinvent ourselves. 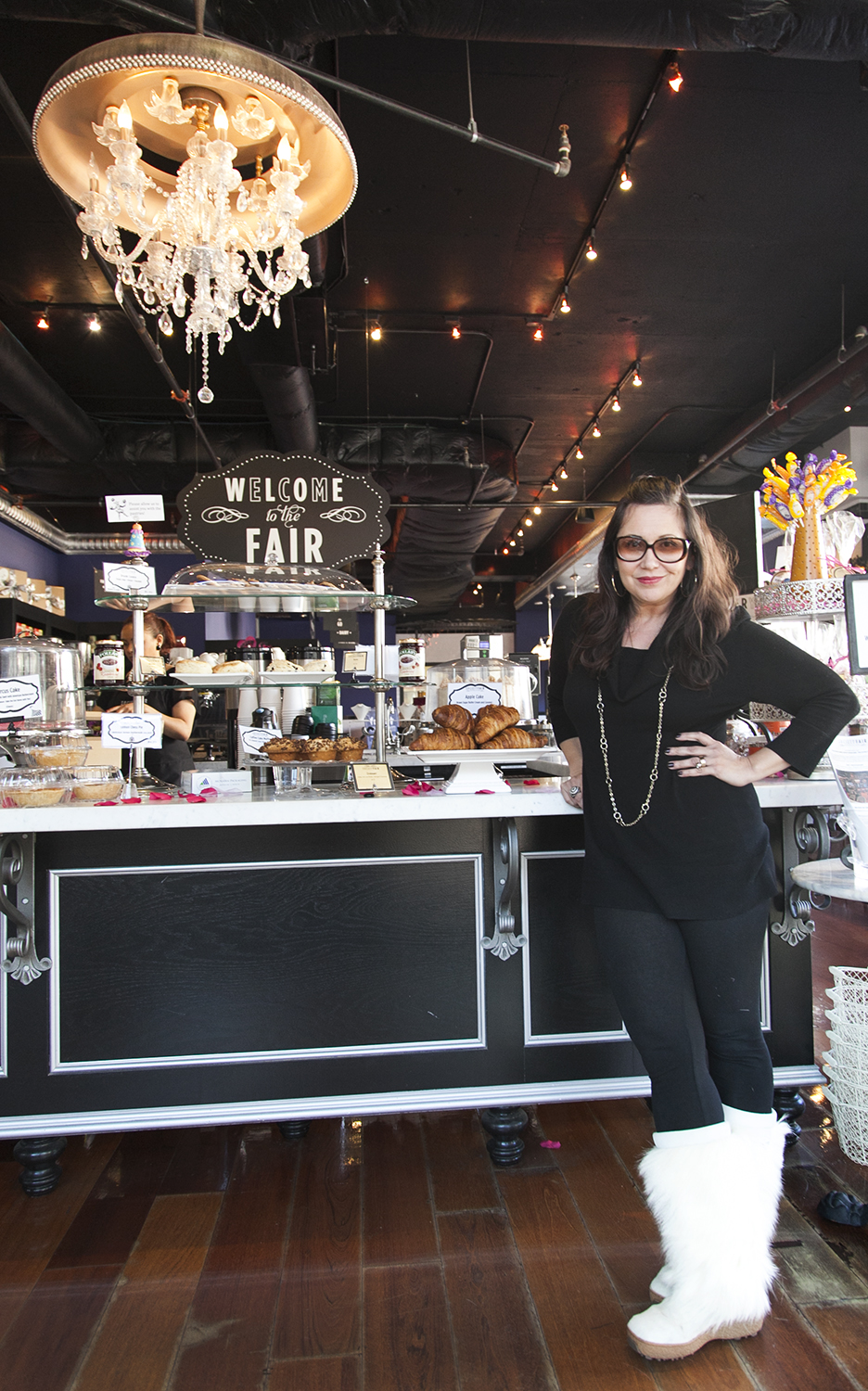 How do you go about finding new products for the retail portion?
It has happend organically. We were at Woodberry Kitchen recently, and the chef has a hot sauce, so now we're going to sell his hot sauce. It gives us the opportunity to showcase our friends. When we started the majority of the items were things Cathal loved that you couldn't find anywhere else, like the olive oil, everything he uses in the restaurants. So it's just an evolution from there. I don't want to spend my days searching the Internet for new products.

What elements of Society Fair seemed to catch on the most quickly?
The bread. People love the bread. The other day two French women came in for croissants. That's when you know you're doing something right. It's such an integral part of our operation.

What took longer?
It took the butchery longer to catch on. We started off doing a lot of French pates and terrines. We still do many of those, but people also just wanted their chicken and their steak. When we served the heads on the chickens, people kind of freaked out. But with certain things you have to stay true to who you are.

Were you happy with the critical reception? Did people seem to get it?
No, a lot of people didn't get it at first. It took a good six to eight month for us to finally settle in. People kept saying, 'They don't know who they are." We know who we are, you just don't know who we are. But eventually people became accustomed to the multiple things going on. I love Harrods so I really saw this as a fair for food lovers.

What's the clientele mix like?
The majority of people who come in are women. We joke that we get the "tennis skirt traffic" on the weekends. But where the women go, men follow.

What do you see as milestones over the year?
Not much has changed staff-wise. The demo kitchen is booked. We used to do that every night. People wanted more private demos. We've done things like one pot stews, one pot dinners. Something that blew my mind was that we started doing these Friday Night Date bags that have food to take home, and they include wine. We started off doing like 10, and seeing how they sold. The last time, we did over 60, and that was a vegetarian dinner. It really shows that people want to eat well, and want food options to-go. I just love Society Fair, for me it's my favorite place to be of our concepts.

It's not all hearts and roses, of course. One day, a lady came in and was trying to return half a baguette. She said ,"This half isn't as good!"

What's next for 2013?
No more restaurants, no more concepts. For a little while, anyway. We're taking kind of a two year hiatus. But the eventual goal for Society Fair after is to open little satellite ones, mini storefronts. So many developments in DC want to have something like this.

I know your wine director, John Wabeck, is moving to Pittsburgh. Have you found a replacement?
The number of applicants was astounding. But we promoted a sommelier who's been with us for four years, that we've groomed and is ready to take on a new challenge. Leonard Holton.