Share All sharing options for: 5 Random Things to Try at Bluejacket, Opening Oct. 29

It's a date. October 29 will be the official opening day of Bluejacket, the more-than-a-little anticipated brewery from Neighborhood Restaurant Group coming to Navy Yard. The project is more than five years in the making, with beer director Greg Engert and brewmaster Megan Parisi leading the charge. The facility is an impressive 5,600 square foot, three level operation (stay tuned for a photo tour of the space) which has the ability to put out 5,000 barrels of beer.

NRG hosted a pre-opening party last night for politicians (including Mayor Vincent Gray), industry friends, investors and media, and the place was slammed (the event was quite the Twittergasm, too). To keep readers satiated before opening day, here are a few interesting food and drink items to consider trying when the brewery and restaurant (called The Arsenal, with seating for 200) get off the ground. 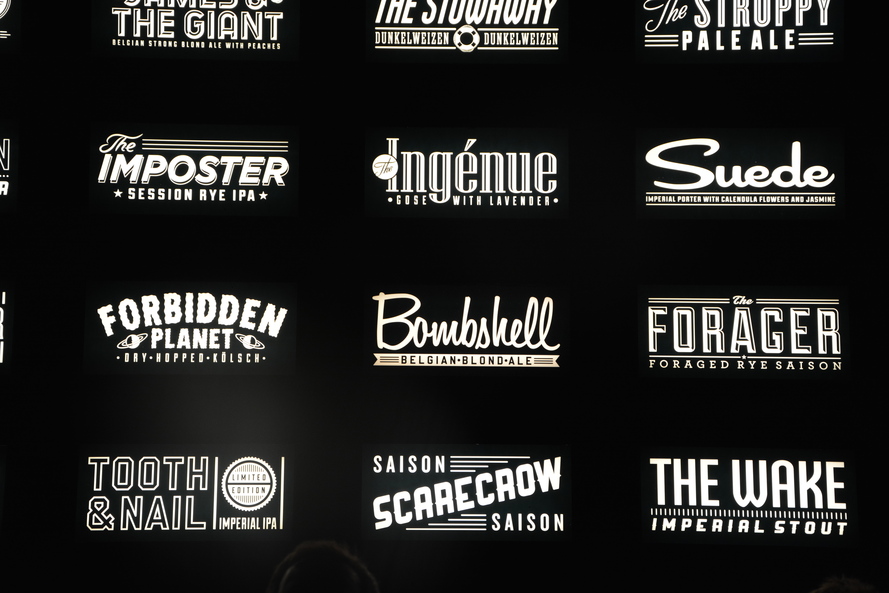 1) 5 Spice Pork Rinds: Barmini may have them beat for Best Fancy Pork Rinds in the City (clearly a coveted title), but these Asian-influenced fried snacks are greasy in the best way (also, they're huge).

2) Fermented anything: Beer aside, the kitchen also has a way with pickled items. Pots of pickled vegetables pack a punch, and the pickled sausage is a more adventurous option.

3) Heart tartare: Offal in general seems to be a focus of Bluejacket's menu, with crispy hog head bites and fried pig tails making the cut. Beef heart makes for a particularly meaty take on tartare.

4) Fruity beers: There are plenty of traditional brews on Bluejacket's list, from the Scarecrow hoppy saison to the Tooth & Nail imperial IPA, but some of the more unique offerings incorporate fruit, like the after dinner drink-esque Figure 8, a wee heavy that uses local figs, and the James & the Giant, a Belgian Strong blonde ale given a complex sweetness by local peaches.

5) Beer and cheese pairings: The restaurant has definitely been picking out its cheese selection with an eye towards those which complement beer; ask a server to point out an interesting combination.
· All Previous Coverage of Bluejacket [-EDC-]