A Point/Counterpoint on the Fernet Branca Craze

Share All sharing options for: A Point/Counterpoint on the Fernet Branca Craze

Welcome back to On The House, a guest column written by a member of DC's restaurant industry, sharing behind the scenes info, insider knowledge and more. 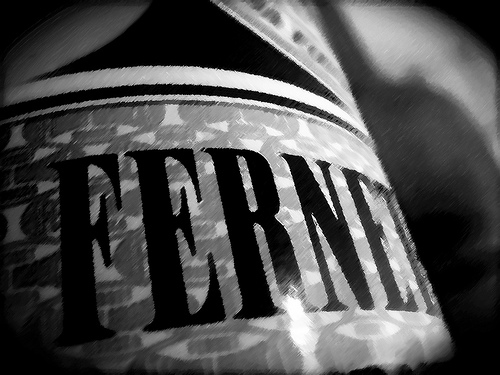 Fernet Branca. It's no secret the bitter beverage has a cult following in the service industry. It's also no secret that plenty of people on Earth think the amaro is unabashedly disgusting (for the record, this Eater writer falls into the "tastes like mouthwash" category). For Cocktail Week, Eater asked two of the city's bartenders — from the same restaurant, no less — to give their own personal take on the Italian digestivo. One bartender is unabashedly pro. The other is over it. Here now, in their own words, are Owen Thomson and Dane Nakamura, both of Range, on Fernet.

Pro: Owen Thomson
"Standing on a sweltering July afternoon on a street corner in New Orleans amidst the annual Tales of the Cocktail event (a gathering of bartenders from all over the world), I was busily experiencing what had to be one of the top five hangovers of my life. It was at this particular moment I received a tap on my shoulder and someone handed me a small airplane bottle and gave me a reassuring pat on the back. The little bottle was filled with the perennial bartender favorite Fernet, an amaro from Italy known for its heavily mentholated and bitter notes.
With a slight grimace, I cracked the bottle and slugged it back. Whether it was the alcohol content or the herbs that my body needed I began to feel slightly better. This was certainly not my first experience with Fernet, but it always sticks out in my head as indicative of my love for this curious spirit. While Fernet is certainly not a taste that falls neatly into the American flavor palate, it has become a cult favorite of many bartenders around the country (perhaps because we're always recovering from something that those herbs might be of use for)."

Con: Dane Nakamura
"I remember the time I took my first sip of Fernet Branca. My grandfather handed me his cordial glass after we had eaten a meal. The saffron-heavy amaro that has been around for generations sent chills through my spine as if someone had dumped snow down the back of my shirt. The next phase sets in as bitter gentian, cinchona, cooling mint, and a passel load of other herbs overwhelmed my pallet. I felt like a fire-breathing dragon as I exhaled what felt like pure ethanol, followed by warming mulling spices, ginger and citrus skin. I love Fernet Branca as a digestif, in cocktails, and the occasional shot. Argentina drinks so much of it they have their own factory. But it's just something that happens at every meal, it's not special.
So why in the states are we recording YouTube videos of mixologists pouring it out as a "layback?" D.C. has had many generations of the "bartender's" shot, the insider's shot. The shot that lets us all know you're in the industry. In my recollection it was Irish Mist, then Jameson and Grand Marnier, followed by Jagermeister and all of its fancy tap machines. These days with fierce almost forced adoration, it's Fernet Branca. Like orange wine, Fernet Branca is becoming almost too hip. I'm sure the Count is happy that his sales have gone up but I doubt he'd want to see his family heritage on tap. I just hope it's not going the way of moustache finger tattoos and prescription-less glasses. It is too noble a drink."
· All Previous Cocktail Week 2013 Coverage [-EDC-]
· All Previous Range Coverage [-EDC-]