Welcome to The Ropes, where Eater talks to the nightlife heavyweights. These are the guys and gals who help run the show and orchestrate dreams at the nightclubs around town. 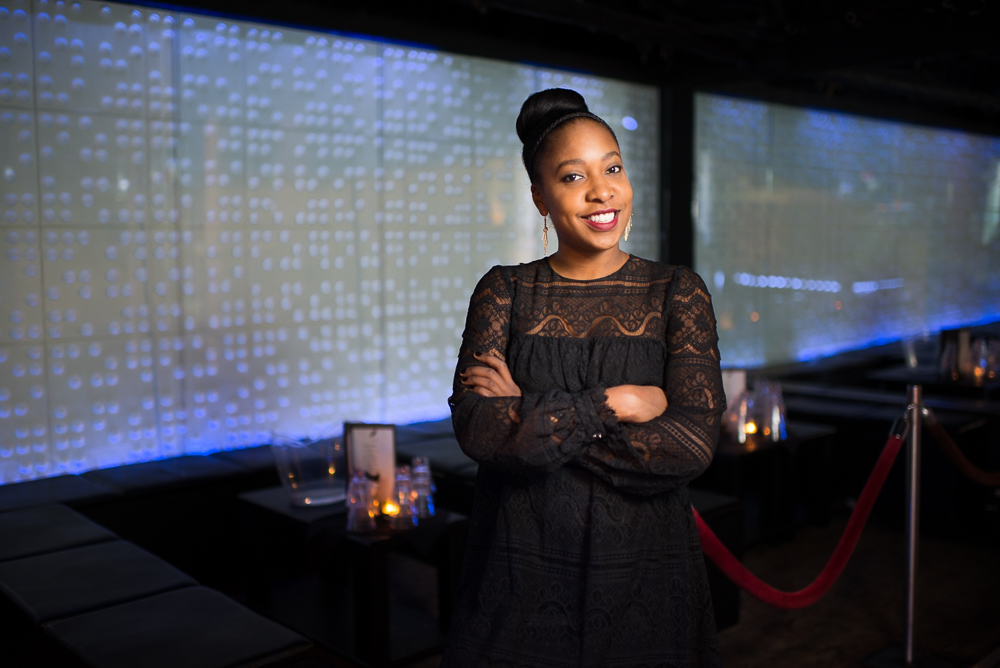 Ashleigh Spiller is in charge of reservations and private events at Lima Restaurant Bar & Lounge. A D.C. transplant from Atlanta, Spiller has been taking care of clients with bottle service and VIP reservations at the K Street nightclub for the last six years. In our inaugural edition of The Ropes, she gives us the scoop on what one person paid to reserve the entire VIP section of the club, what D.C.-area sports team frequent the venue and how to get in without waiting in line.

Where are you from originally?
I'm from originally from Atlanta, Georgia. I came to D.C. to go to graduate school at American University. I love D.C. compared to Atlanta. It took me a while to get used to getting around in D.C. I don't have a car, which I don't need in D.C. like I do in Atlanta. It's a nice combination. It's not as busy as New York but a lot busier than Atlanta. D.C. is just right for me.

How did you get into being a VIP host?
My background is in public relations. And for a while I was doing some of the private events at LIma and it carried over into the nightlife. I trained with the last VIP host when Lima first opened and I went from there. I didn't see myself being the VIP host but I enjoy it and it's a great way to meet the customers and be here at night and meet your guests.

Do you have regular VIP clients? How often do they attend?
Generally, our VIP clients visit once a week. In the six years I've been here, during each year, we usually have six months to a year of regular customers and then they might move from the night life and not go out as much. I'd say every six months I have regulars that come every week.

What kind of big clients to you get at the club?
Occasionally, we'll get the local sports athletes. A lot of the Nationals players like our Latin Night. On Sundays we have a brunch party that lot of the Redskins players have frequented. Generally though on a Friday and Saturday, it's not so many celebrities as it's general business men and women in D.C.

How has the brunch at Lima been going since debuting last year
It's been going great. It's a nice option. The day parties really thrive in the summer months when it's warmer. We have our outdoor patio and we recently introduced hookah as an option on the patio. The brunch has been nice. We just switched it over to a buffet which, for $35, includes unlimited mimosas. We have a DJ that plays hip hop music and it's a great place if you want to have a large brunch party.

How do you take care of your VIP clients? What are some of the packages you offer?
Generally, on different nights we try to cater the packages to the guests. On Friday nights right now we have a special that is two bottles of Absolut and a bottle of our house champagne for $400. Our tech house party on Friday caters to a lot of younger clientele in D.C. who don't have unlimited funds so we chose a vodka that everyone knows. A lot of our clients at our Latin parties wanted something different, so we switched out the Absolut with Johnny Walker Black and our house champagne for $500.
We try to cater to the different parties we have. Because we're a restaurant and a nightclub, we want customers to come for dinner as well. That's what really sets Fujimar and Lima apart. It really is an all-in-one destination. You can come at 8 or 9 o'clock and have a lovely dinner and then move to whichever floor you like the music on and continue with bottle service until the end.

What's the most extravagant package someone can get at the club? If someone wants to go all out what can they get?
We would tailor make it for that particular guest. We stock all the regular magnums -— Grey Goose and Kettle — as well as magnums of champagne. Depending on your budget, we like to get an idea when you make the reservation.

What's the most someone has spent on a package at Lima?
The most would have to been Inauguration weekend when we had someone buy out our VIP section for $50,000. It was one customer who we had for a while; he was obviously a very wealthy gentleman and enjoyed the staff here at Lima and the club atmosphere. And since we were busy that night, he said money was no object and decided he wanted to buy the section. Obviously, I don't get that on a weekly basis but that was the biggest spender that we've ever had. Generally, if we have birthdays with 15-20 people we usually do about $2,500. Also, when you celebrate your birthday, we include a complimentary bottle of our champagne.

What's the dress code at Lima?
We try to let people know it's business casual. We don't do tennis shoes or Timberland boots. No shorts and no athletic wear of any kind. We also ask that people take their hats before they get into the club as well.

Is there anything someone can do to jump the line or get in to the club more quickly?
The only way they can do that is if they purchase a table. And we do sell a lot of tables at the front door. That's usually where I am if I'm not inside walking a table — I'm at the front door trying to get a vibe of the customers coming in. Usually, if there's a group of 5 or more and they don't want to wait in line, we'll offer them bottle service so they can come in immediately. If you get bottle service, you don't get charged at the door and you don't have to wait in line.

Do people try to bribe their way in to the club or talk their way in?
We don't usually get bribes at the door. The number one thing people do is name drop. Usually they mention the owner, Masoud's name. Which of course, if we let everyone in who mentioned his name, there would be no one in line. Sometimes, they even use names of people that don't even work there.

What's the busiest night at Lima?
Our busiest night right now is Friday night. We have a Latin floor downstairs and we play house music upstairs. I do foresee Saturday nights becoming our busiest night again because we just introduced a new party called Earth. This Saturday will be the third week and for the first time ever, we will be playing Top 40 and hip hop downstairs in Lima.
For table reservations, contact Ashleigh at 202-789-2800 or by email at ashleigh@limarestaurant.com
—Jody Fellows
· Lima [Official Site]
· All Previous Lima Coverage [-EDC-]