Restaurant Experts Sum Up 2013 in One Word

Share All sharing options for: Restaurant Experts Sum Up 2013 in One Word

As is the tradition at Eater, our closeout of the year is a survey of friends, industry types, bloggers, and readers. This year, we asked the group eight questions; all will be answered by the time we turn off the lights at the end of the week. You've already heard them discuss such categories as Best Restaurant Newcomer. Now, they sum up 2013 in One Word. Responses are related in no particular order; all are cut and pasted herein. 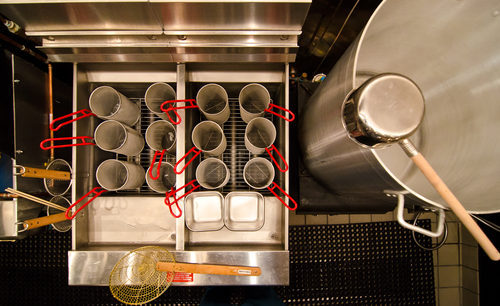 Jessica Sidman, Young and Hungry columnist: Frenzied. After all, there was a single week in May when four restaurants opened on 14th Street. And Casa Luca, Kapnos, and Bearnaise all opened on the same day (July 3).

Michael Martinez, producer, The Kojo Nnamdi Show and The Politics Hour, WAMU 88.5: Umami – mostly because it's a ridiculously fun word to say.