Restaurant Experts Name Their Best Meal of the Year

Share All sharing options for: Restaurant Experts Name Their Best Meal of the Year

As is the tradition at Eater, our closeout of the year is a survey of friends, industry types, bloggers, and readers. This year, we asked the group eight questions; all will be answered by the time we turn off the lights at the end of the week. You've already heard them discuss such categories as Best Restaurant Newcomer. Now, they name their Single Best Meal of 2013. Responses are related in no particular order; all are cut and pasted herein. 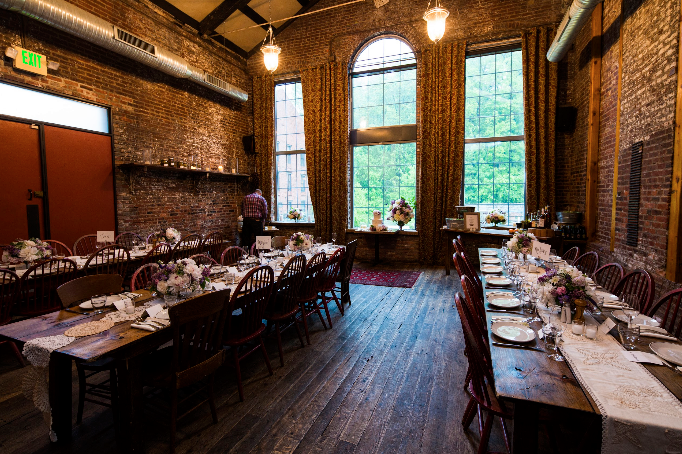 Tim Carman, Washington Post food writer and "The $20 Diner" columnist: The chicken platter I ate in my car from Just Jerk in Lanham. The smoke, the heat, the herbs, the spices, it just all came together in an unexpected way. It was part the sheer delight of finding the place, and part the sheer delight of tearing into this bird. The beans and rice that sat under the chicken, absorbing all those juices and jerk sauce? So goddamn delicious. I can taste it all over again.

Stefanie Gans, Northern Virginia Magazine dining editor and critic: My first time eating at a Peter Chang restaurant, at the Glen Allen location outside of Richmond. We ordered the Chang classic of bamboo fish, which is probably the best fried fish I'll ever eat. It's fragrant with cumin and so silky. And for outside the area, it was pretty cool to see Michael Chiarello behind the bar at Coqueta in San Francisco. That man is jacked and the shrimp with egg and chorizo dressing is unexpected and pretty perfect.

Michael Martinez, producer, The Kojo Nnamdi Show: I finally had dinner at Woodberry Kitchen this past fall, and the food was everything I ever hoped it would be – and more. But I could have been eating stale bread and drinking skunky beer that night, and I still would have had one of the most memorable meals ever: Tony Hale just happened to be at the restaurant the night I was there.  As in, "Hey, Brother!!" Buster Bluth, Tony Hale. That said, everything we ate was every bit as good as advertised. It's completely and totally worth the pilgrimage to Baltimore.

Svetlana Legetic, co-founder and publisher, Brightest Young Things: Is it going to turn repetitive if I say Rose's Luxury again? Aside from that, I did a tasting menu at Rasika West End just as the weather was turning cold a few weeks a go and it was as spectacular as ever.

Jenna Golden, EatMore DrinkMore: Single best meal of the year goes to Joe Beef in Montreal. One of my favorite DC meals of 2013 was the opening of Casa Luca. We were able to dine before the doors were fully open to the public, and we tried just about everything on the menu. The food was fantastic, and the plating was beautiful as well.

Prince of Petworth Dan Silverman, founder of PoPville: My favorite meal was the seafood plateau at Le Diplomate.

Jessica Sidman, Young and Hungry columnist: Probably eating foieffle (foie gras waffles), truffled grilled cheese, and banh mi mini-burgers at Barmini, which is truly a one-of-a-kind place. It helps when you have a few cocktails in your system. One of my favorites is the Veruka Salt with peanut rum and pineapple grog.

Another best meal: rigatoni with fennel sausage ragu, fried artichoke hearts, and smoked ricotta crostini with balsamic brown butter and truffle honey at The Red Hen. Even though I've eaten it several times, I can't go to Red Hen and not order the rigatoni. It's simple, but perfect.

Tom Sietsema, food critic, The Washington Post: The single best *dish* (in DC) is the crumbled pork with lychees and fire at Rose's Luxury. I could eat a bowl of that every day and not tire of its hot/sweet poetry.

Mary Kong-Devito, Girl Meets Food: I was blown away in a smoky haze at Del Campo. I love the look of this new restaurant, and Victor Albisu smokes everything--the meats, the cheeses, the breads--I love everything that man cooks.

Michael Birchenall, Editor and Publisher, FoodService Monthly: Not a meal but the hors d'oeuvre: Kumamoto oyster shucked, tossed in a dressing of olive oil, yuzu, ginger juice, chives and basil, and then placed back on the shell and topped with Osetra caviar from Uruguay served personally by Fabio Trabocchi at a Fiola rooftop wedding.
· All Previous Year in Eater Coverage [-EDC-]