As is the tradition at Eater, our closeout of the year is a survey of friends, industry types, bloggers, and readers. This year, we asked the group eight questions; all will be answered by the time we turn off the lights at the end of the week. You've already heard them discuss such categories as Best Restaurant Newcomer. Now, they name their Biggest Dining Surprises of 2013. Responses are related in no particular order; all are cut and pasted herein. 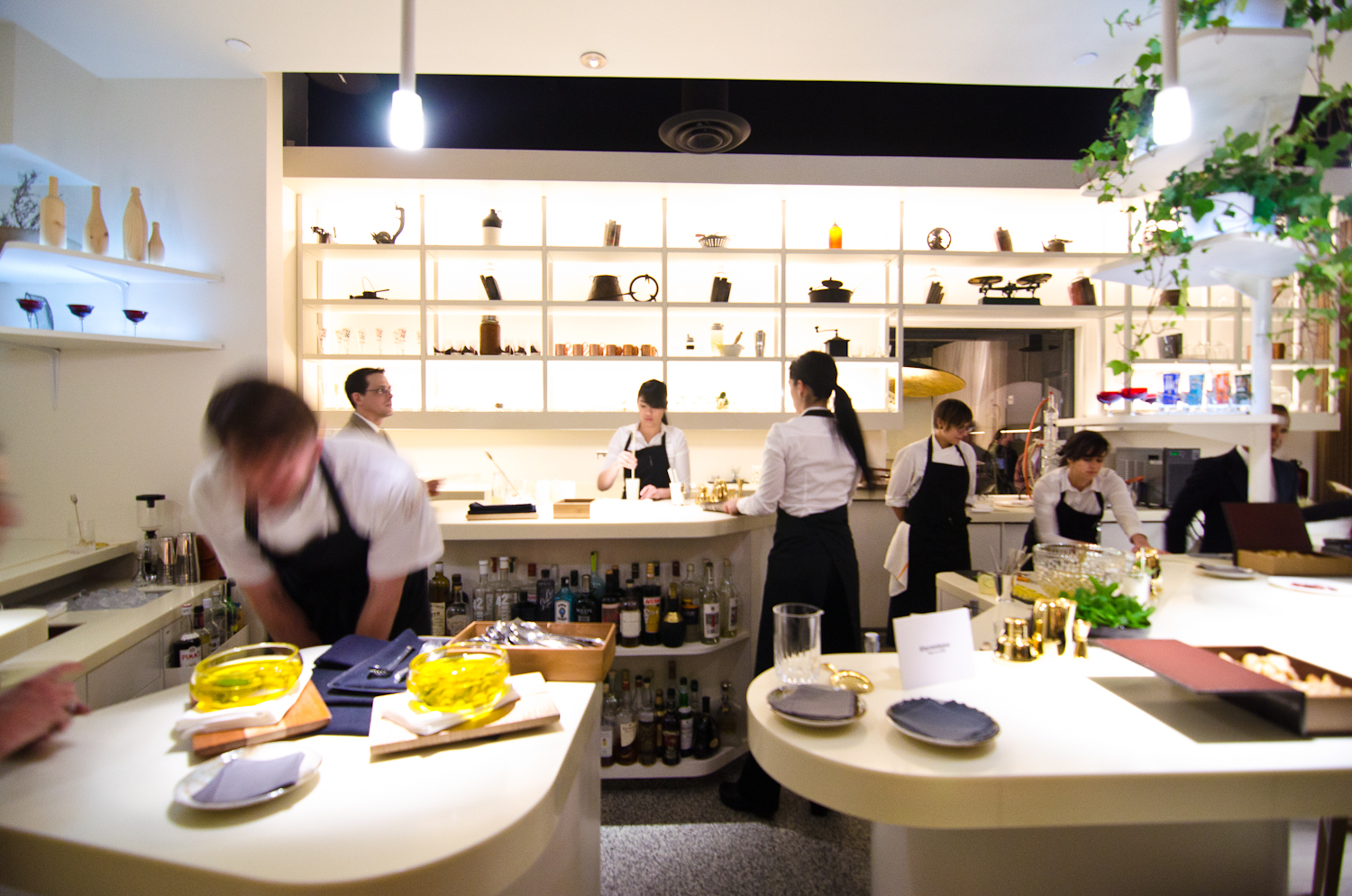 Jessica Sidman, Young and Hungry columnist: Barmini was a pretty big surprise. It's amazing that Jose Andres was able to keep it secret for several months, even after Minibar opened in the adjoining space. It's almost unheard of for any restaurateur—let a lone a well-known one like Andres—to keep a project under wraps until its opening.

Nevin Martell, freelance food writer (@NevinMartell) I got nothing. I'm so jaded at this point that nothing surprises me. :)

Jenna Golden, EatMore DrinkMore: It doesn't matter how many new restaurants open, there seems to be room for all of them. Places are still packed, reservations are hard to get, and our culinary scene is expanding rapidly.

Russell Warnick, food writer: Southeast DC. Not to be a Northwest snob, but as a non-car owning, non-metro accessible NW resident venturing over to Southeast isn't high on my agenda, but with the late year openings of Roses Luxury, The Arsenal and Osteria Morini I'm finding myself more and more over that part of town, and I'm more than happy to slug over to a metro and change trains twice to do so. The simple, yet hearty cacao e pepe at Roses is worth the trek alone, or perhaps it's the 20+ Bluejacket brews that drag me across town. I never thought I'd catch myself plugging that part of town.

Tim Carman, Washington Post food writer and "The $20 Diner" columnist: For me, it was rediscovering  the great cheap eats we have in the area. My ultimate surprise came at the Days Inn on New York Avenue, where the comically named Panda Gourmet is turning out amazing Sichuan and Shaanxi dishes.

Prince of Petworth Dan Silverman, founder of PoPville: Beautiful design - Barcelona, Red Hen and Rose's - I had no idea how incredible their buildouts and design would be.

Stefanie Gans, Northern Virginia Magazine dining editor and critic: I think 14th Street has totally jumped the shark, which I actually thought would take a few more years. It's now gone too far, indicated by that rotating sparkly B. It's more Disney than I think anyone would like to admit. Hi Shaw, Petworth and Bloomingdale!

Michael Martinez, producer, The Kojo Nnamdi Show: I was surprised by my newfound love affair with the apple preserves at DGS. Every once in a while I latch onto a smaller piece of someone's menu and become completely obsessed with it. This is one of those situations.

Eun Yang, NBC4 anchor and Emmy award-winning host of Foodies DC. The number of new spots that opened up this year was dizzying. It's hard to keep up!

Jennifer Nycz-Conner, editor, Washington Business Journal: That we didn't go out nearly as much as we should have. Need to work on that.

Michael Birchenall, Editor and Publisher, FoodService Monthly: The lines blur across the casual, upscale casual and fine dining categories … it's becoming one as the menus prices gain upward traction.
· All Previous Year in Eater Coverage [-EDC-]