Restaurant Experts Dish on Their Break-Ups

Share All sharing options for: Restaurant Experts Dish on Their Break-Ups

As is the tradition at Eater, our closeout of the year is a survey of friends, industry types, bloggers, and readers. This year, we asked the group eight questions; all will be answered by the time we turn off the lights at the end of the week. You've already heard them discuss such categories as Best Meal of the Year. Now, they answer the question, "Which Restaurant, If Any, Did You Break Up With in 2013?". Responses are related in no particular order; all are cut and pasted herein. 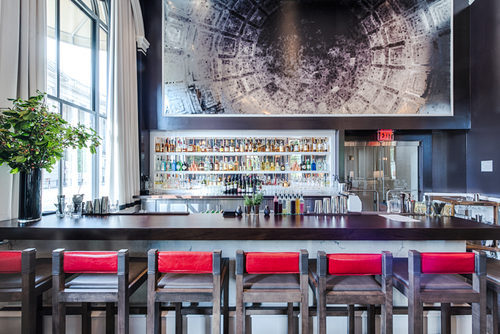 Tom Sietsema, food critic, The Washington Post: J & G Steakhouse used to be my reliable answer to a lot of questions from readers.  While the room got a face-lift, the new menu played it safe.

Warren Rojas, Heard on the Hill:Johnny's Take Out makes me miss Taqueria Nacional something fierce.

Jenna Golden, EatMore DrinkMore: Founding Farmers. I was such a fan when it first opened, but the food quality has been on the decline for some time now.

Nevin Martell, freelance food writer (@NevinMartell) Etto. Being a longtime fan of 2 Amys, I wanted so much to love it. However, the pizzas don't hold a candle to those at the Cathedral Heights standard setter and the prices are outrageous, even for 14th Street.

Svetlana Legetic, co-founder and publisher, Brightest Young Things: Blessedly no heartbreaks this year, at least none that I can remember.

Tim Carman, Washington Post food writer and "The $20 Diner" columnist: I don't break up with restaurants. I can't imagine a restaurant ever committing a crime, short of kicking my dog, that would stop me from darkening its doorway at a later date.

Sara Pepitone, food and travel writer: Little Serow is like a boyfriend you really want to change. So much good (among the absolute best food in DC) but he treats you so bad (aggravating system; rushed pacing; the tableware!) yet you can't help but blame yourself (if only you'd cancelled/honored reservations you'd made — all your life — restaurants would not be afraid to have them).

Prince of Petworth Dan Silverman, founder of PoPville: I broke up with Room 11 for a little bit because of menu changes but some of my favorites have returned and we've since gotten back together.

Stefanie Gans, Northern Virginia Magazine dining editor and critic: Evening Star Cafe in Del Ray is slipping and with such an important and caring restaurant group behind it, I'm hoping it can turn around. Guess Bluejacket and Iron Gate get all the attention.

Jessica Sidman, Young and Hungry columnist: I had some bad meals and far more mediocre ones, but I'm not "breaking up" with any of them. Maybe we just need some distance for now.

Michael Martinez, producer, The Kojo Nnamdi Show: I didn't so much break up with any restaurants this year as much I moved away from them, literally and figuratively. In September, WAMU, 88.5 made a move down the Red Line from Tenleytown to Van Ness. I've tried keeping a "long distance" relationship with some of our old workplace neighborhood standbys. But it's been too much work keeping up with Steak n' Egg from afar (I know, I know – it's one entire Metro stop away.) There's always the chance I'll be calling up Osman & Joe's at 2 a.m. some time in future – but for now, it's time to say goodbye.