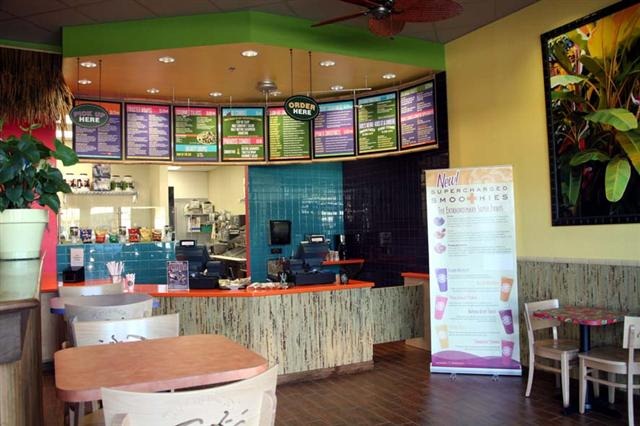 1) H Street: It's been forever since Sol Mexican Grill announced plans for H Street. Now, Frozen Tropics picks up a Tweet showing a picture of the location. "Almost ready!" says the restaurant, which also operates a popular food truck. [POST-PLYWOOD]

2) Shaw: Tapas and Mediterranean fare is what people can expect from the upcoming Dunya, headed to 801 Florida Ave, NW, PoPville reports. [PLYWOOD]

3) H Street: In other food-truck-to-restaurant news, there's the Chupacabra brick and mortar; the owner confirms to Frozen Tropics that a location is on the way to 822 H Street NE. [PLYWOOD]

4) Ballston: Well, here's one new addition for the soon-to-be-renovated Ballston Mall; ARLNOW reports it is getting a Tropical Smoothie Cafe. [PLYWOOD]

5) Petworth: So that new restaurant from the Blaguard folks? PoPville says it's going to be called Homestead and open this fall. [PLYWOOD]

7) 14th Street: What WBJ believes to be La Fonda, a restaurant from the Dupont Italian Kitchen owner coming to 2100 14th St. NW, has revised its occupancy permit. [WBJ]